The Kings river is one county Kilkenny’s many rivers, for me personally it is one of the most picturesque.

The Abhainn Rí flows south-east from the hills and crosses into County Kilkenny. It is joined by the Munster River before passing through the town of Callan. It continues eastwards from Callan, past Kells and joins the River Nore west of Thomastown.

The following images are taken at the old bridge at Ennisnag and show just how green the Landscape of county Kilkenny becomes down by its rivers in July. 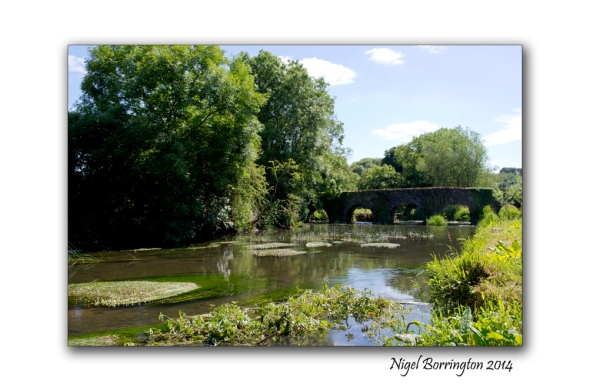 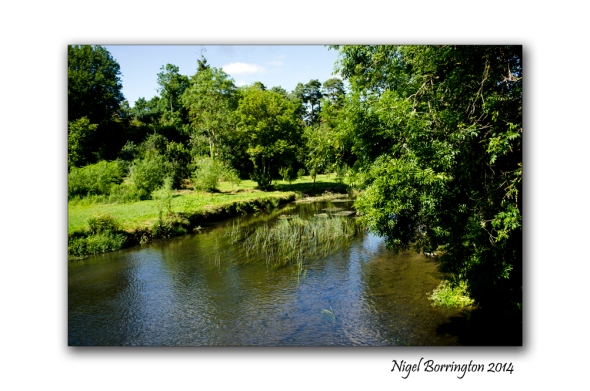 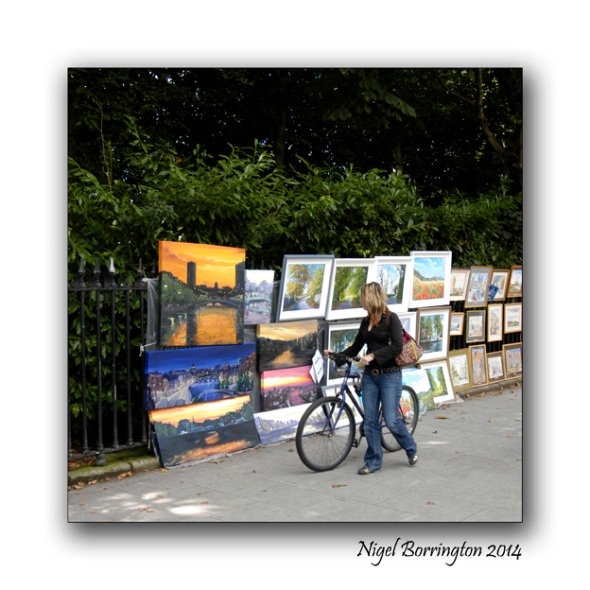 At least once a year I try to visit the Peoples art exhibition and sale at St. Stephen’s Green in Dublin , this is a great day for an art lover as its one of the biggest open air art displays in Europe.

The images posted here are all taken on a very warm summers afternoon and I got lots of great images of the artists and their work along with getting to see some great painting and drawings from Landscapes to portraits.

People’s Art Dublin is a voluntary, part time, non profit making group, brought together by Dublin City Council to promote the visual arts to the public of Dublin. Each year after expenses are paid, donations are made to various charities.

The co-operation and assistance of Dublin City Council and The Office of Public Works ( OPW ) , which makes these events possible, is gratefully acknowledged by all the artists involved.

Any artist can apply to exhibit but there are some rules that apply, it costs each artist just €25. 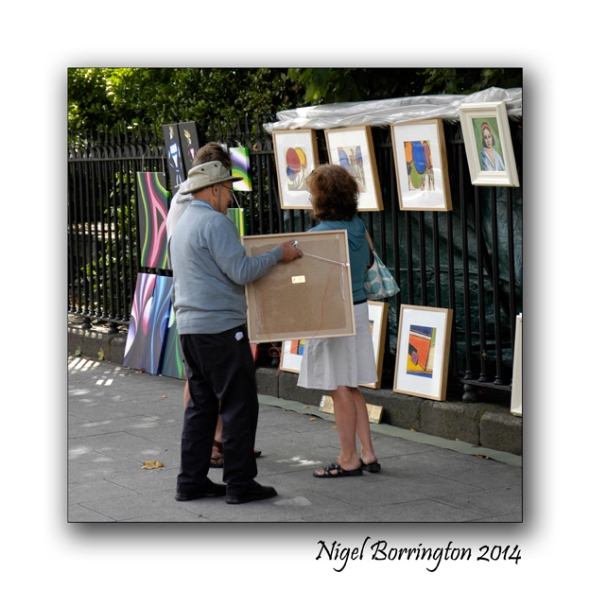 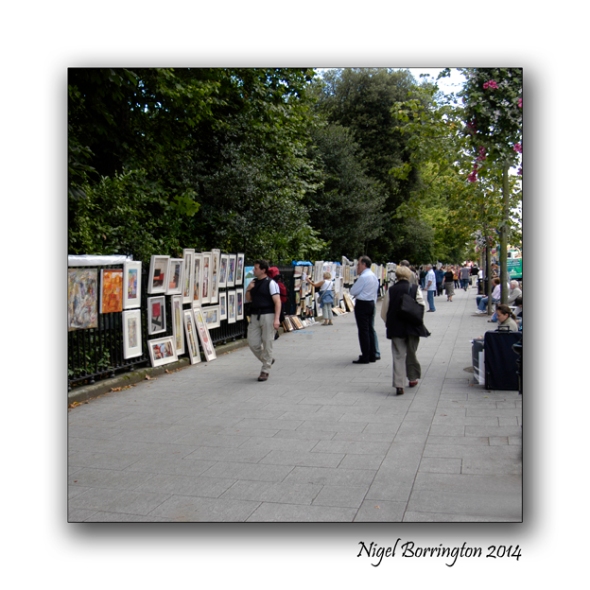 Easter Sunday on the Mountain of Slievenamon 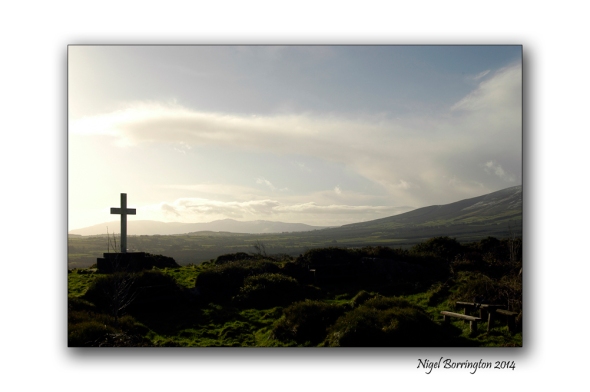 Happy Easter to everyone.

The great Easter holiday weather in our part of Ireland has finally broken with rain this evening for the first time in about two weeks, we had a wonderful morning however as the sky was blue and clear and the sun rise was wonderful.

One thing I love to do on an Easter Sunday is to get outside an experience our local landscape, This morning setting off to walk up Slievenamon our local mountain about 10km from home, many people had the same idea and it was great to meet and say hello to people doing their first big hill walk of the Summer.

The Images below I hope go a little way to sharing the landscape and views from this wonderful mountain, They include some images of the Burial cairn at the very summit of Slievenamon. 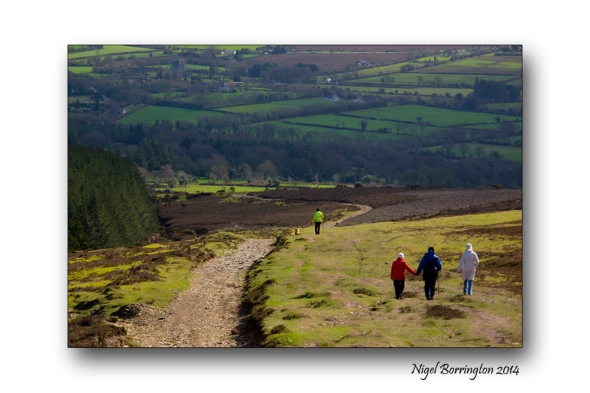 Easter (Ostara) Friday at the beach.

The Easter weekend is traditionally to first weekend of warm summer days here in Ireland, its a great time to get out and about and what better place than going down to the beach.

With a population of only 4.3 Million the beaches are never to full at this time of year, yet the weather can be very good. The images in this post were taken this Morning at the small fishing town of Dunmore east and the near by beach of Forenaught, a small and private little place that’s great for a morning swim. 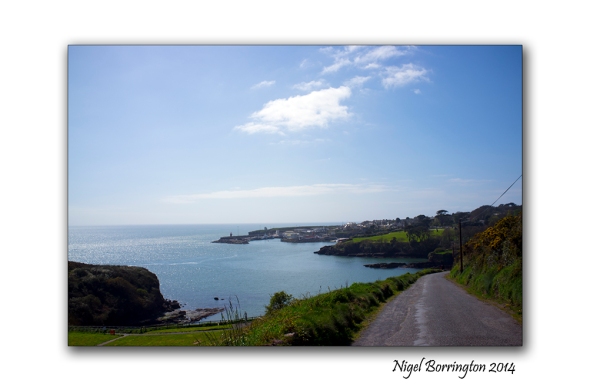 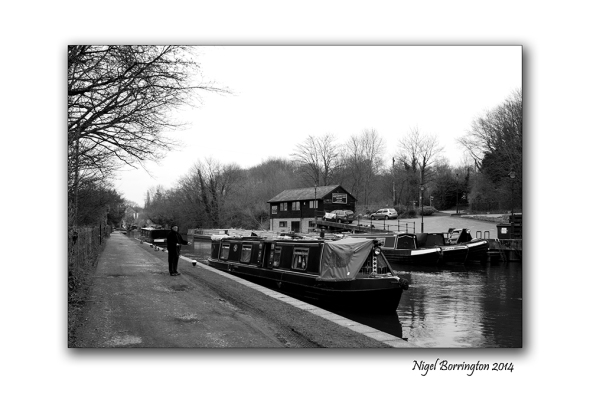 Up until some 18 years ago I lived and worked in Harrow , Middlesex, North London. Working in the IT industry with long hours and shift work included. I really Valued my time off and would spend a lot of my weekends out walking in the country around North London. The Grand Union Canal was one of my most visited locations , it runs from Inner London to Birmingham in the Midlands of the UK.

Recently I took some time off to visit the Canal again after some twenty six years, It was great after all this time to get back and walk some old steps, I had no idea what could have changed. When I got back I remembered that I must have some old images taken during my original walks here.

So when I got back home to Ireland, I found some black and white images of an old canal side factory that marked the start of my walks, the images below show just how little the building has changed. It looks like it is just used for smaller office units these days but apart from this, its still very much looks like the place in my film images.

It was great to walk these old places, I have very good memories of walking and doing my best to relax after a long working week and to get a fresh image of the old canal in my mind was just great. 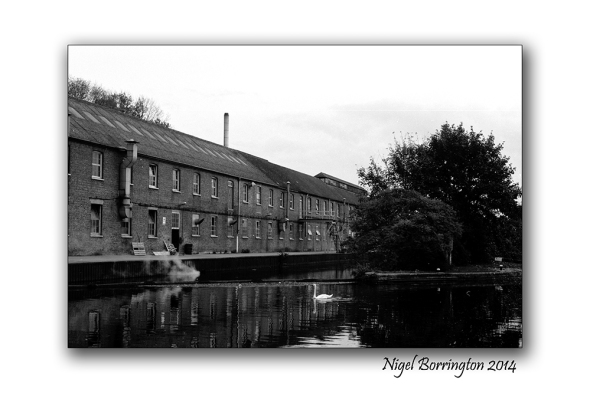 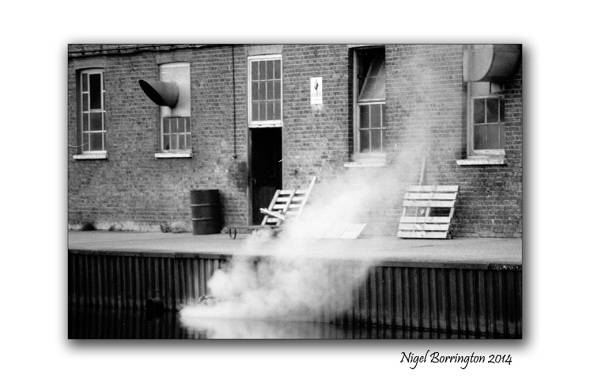 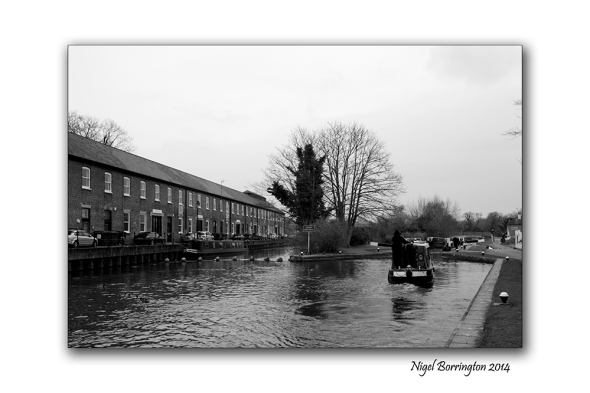 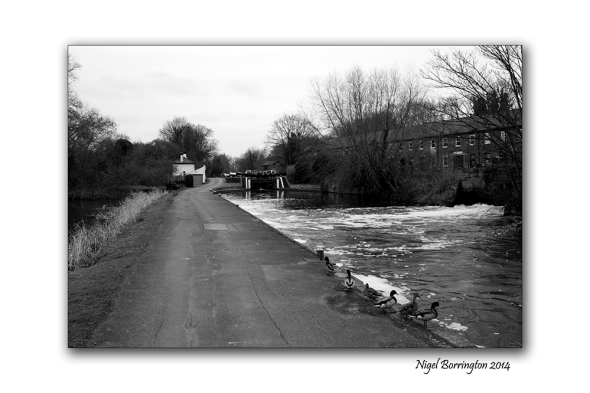 The Spring and late Winter is one of the best time of year to visit Spain, the following images are taken in a the small coastal town of Cartagena , a very friendly and lively little town that has a colourful history including having been of the the key ports for the Roman empire.

“Much of the historical weight of Cartagena in the past goes to its coveted defensive port, one of the most important in the western Mediterranean. Cartagena has been the capital of the Spanish Navy’s Maritime Department of the Mediterranean since the arrival of the Spanish Bourbons in the 18th century. As far back as the 16th century it was one of the most important naval ports in Spain, together with Ferrol in the North. It is still an important naval seaport, the main military haven of Spain, and is home to a large naval shipyard.

The confluence of civilizations as well as its strategic harbour, together the rise of the local mining industry is manifested by a unique artistic heritage, with a number of landmarks such as the Roman Theatre, the second largest of the Iberian Peninsula after the one in Mérida, an abundance of Phoenician, Roman, Byzantine and Moorish remains, and a plethora of Art Nouveau buildings, a result of the bourgeoisie from the early 20th century. Cartagena is now established as a major cruiser destination in the Mediterranean and an emerging cultural focus.” 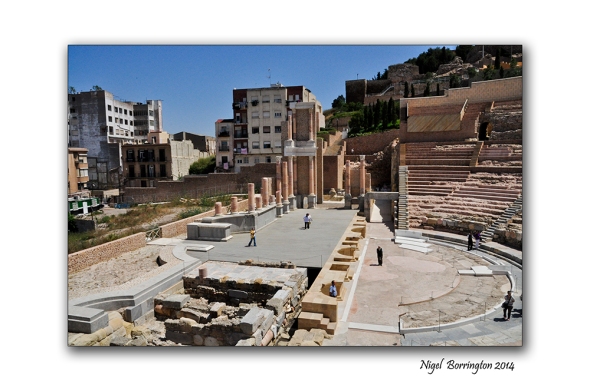 Old building on the Street some think it’s beautiful, others, just drab.

Green’s a fitting color for a door, so is white.

A wisp of green in the morning light.

Kernels of romance in dilapidation, hint at the intent of this creation.

How many souls passed through this door? Closed for good or will there be more?

Memories of work, hope and laughter, dreams and wishes that bathed the rafters.

Evocative of a simpler time.

A rusty spigot, red weathered board. How long has this old place been ignored?

And at the end of yesterday, memories within.

A January Morn, a Poem by Nelda Hartmann 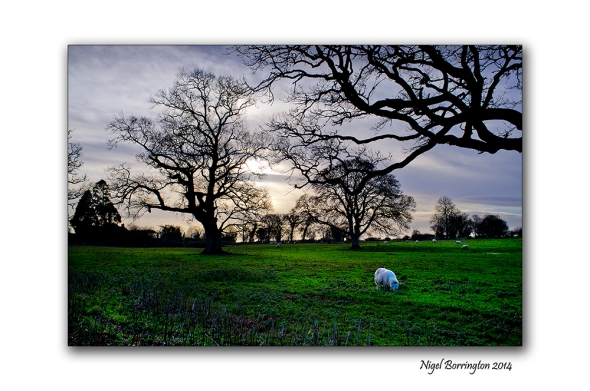 Bare branches of each tree
on this chilly January morn
look so cold so forlorn.
Gray skies dip ever so low
left from yesterday’s storm.

Yet in the heart of each tree
waiting for each who wait to see
new life as warm sun and breeze will blow,
like magic, unlock springs sap to flow,
buds, new leaves, then blooms will grow.”

The last Daylight of New Years even 2013 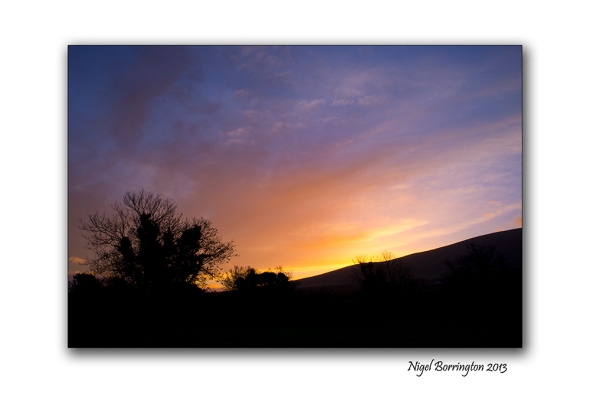 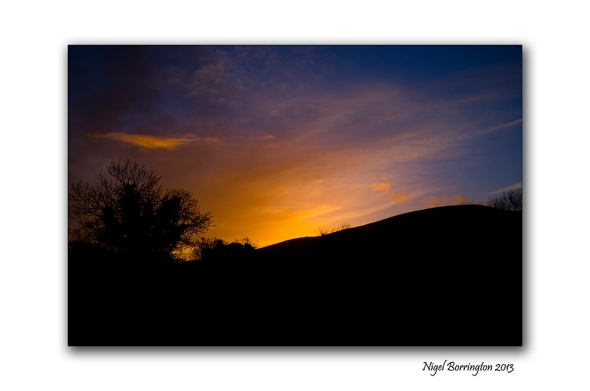 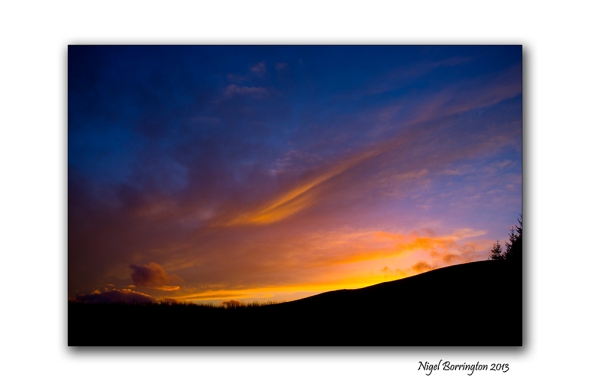