The wonderful darks and contrasts in this shot is one of the biggest reasons I want to have a small go at using film again.

I will never use film again as my main medium but I am going to include it in a planned way for the most appropriate subjects and with black and white film only.

It has been some time since I loaded a film into this old camera and shot all of 36 exposures and then sent it off to be processed or had a go myself.

For many years I have been using Nikon/fujifilm digital equipment and photoshop to process all resulting images but in the last few week I had a request to scan some old slides and film, I had a Minolta film scanner in the loft so down it came and I set it up again.

After I finished doing this work for them I left the scanner sitting there and kept looking at it for a little time then I found lots of my old film stock. I could not resist the need to see them again so I scanned many of them back in to my pc.

The only remaining film camera I had was a fully manual Nikon Fm2n that I also had in the loft. So I realised that a return to using film is well within my grasp. This along with my father’s old Agfa camera (Post…) will be great fun to use.

I have created a new film photography category on my blog menu in order to share this journey with you as I hopefully begin to enjoy this form of photography again. I hope also that you find this area useful if you want to do the same. 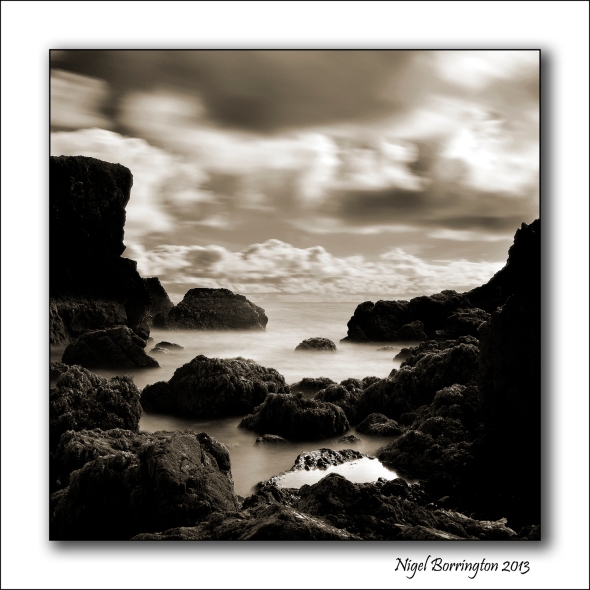 The sea is a hungry dog,
Giant and grey.
He rolls on the beach all day.
With his clashing teeth and shaggy jaws
Hour upon hour he gnaws
The rumbling, tumbling stones,
And ‘Bones, bones, bones, bones! ‘
The giant sea-dog moans,
Licking his greasy paws.

And when the night wind roars
And the moon rocks in the stormy cloud,
He bounds to his feet and snuffs and sniffs,
Shaking his wet sides over the cliffs,
And howls and hollos long and loud.

But on quiet days in May or June,
When even the grasses on the dune
Play no more their reedy tune,
With his head between his paws
He lies on the sandy shores,
So quiet, so quiet, he scarcely snores.

The sea is a hungry dog,
Giant and grey.
He rolls on the beach all day.
With his clashing teeth and shaggy jaws
Hour upon hour he gnaws
The rumbling, tumbling stones,
And ‘Bones, bones, bones, bones! ‘
The giant sea-dog moans,
Licking his greasy paws.

And when the night wind roars
And the moon rocks in the stormy cloud,
He bounds to his feet and snuffs and sniffs,
Shaking his wet sides over the cliffs,
And howls and hollos long and loud.

But on quiet days in May or June,
When even the grasses on the dune
Play no more their reedy tune,
With his head between his paws
He lies on the sandy shores,
So quiet, so quiet, he scarcely snores.

Pet’s, Just how good are they for you?

She would always say that you should never truly trust someone who’s not into pets, while I don’t hold to this I kinda get what she was talking about.

You don’t have to own a pet to love them in fact you can show you love them by being honest to yourself if your not in a position to look after them correctly. You are then free to love and look after other peoples pets.

But just how good are they for us, well I found this article and it look like they are very very good for us!

When thinking of ways to reduce stress in life, usually techniques like meditation, yoga and journaling come to mind. These are great techniques, to be sure. But getting a new best friend can also have many stress relieving and health benefits. While human friends provide great social support and come with some fabulous benefits, this article focuses on the benefits of furry friends: cats and dogs! Research shows that, unless you’re someone who really dislikes animals or is absolutely too busy to care for one properly, pets can provide excellent social support, stress relief and other health benefits—perhaps more than people! Here are more health benefits of pets:

Pets Can Improve Your Mood:

For those who love animals, it’s virtually impossible to stay in a bad mood when a pair of loving puppy eyes meets yours, or when a super-soft cat rubs up against your hand. Research supports the mood-enhancing benefits of pets. A recent study found that men with AIDS were less likely to suffer from depression if they owned a pet. (According to one study, men with AIDS who did not own a pet were about three times more likely to report symptoms of depression than men who did not have AIDS. But men with AIDS who had pets were only about 50 percent more likely to report symptoms of depression, as compared to men in the study who did not have AIDS.)

Yes, it’s true. While ACE inhibiting drugs can generally reduce blood pressure, they aren’t as effective on controlling spikes in blood pressure due to stress and tension. However, in a recent study, groups of hypertensive New York stockbrokers who got dogs or cats were found to have lower blood pressure and heart rates than those who didn’t get pets. When they heard of the results, most of those in the non-pet group went out and got pets!

Pets Encourage You To Get Out And Exercise:

Whether we walk our dogs because they need it, or are more likely to enjoy a walk when we have companionship, dog owners do spend more time walking than non-pet owners, at least if we live in an urban setting. Because exercise is good for stress management and overall health, owning a dog can be credited with increasing these benefits.

Pets Can Help With Social Support:

When we’re out walking, having a dog with us can make us more approachable and give people a reason to stop and talk, thereby increasing the number of people we meet, giving us an opportunity to increase our network of friends and acquaintances, which also has great stress management benefits.

Pets can be there for you in ways that people can’t. They can offer love and companionship, and can also enjoy comfortable silences, keep secrets and are excellent snugglers. And they could be the best antidote to loneliness. In fact, research shows that nursing home residents reported less loneliness when visited by dogs than when they spent time with other people! All these benefits can reduce the amount of stress people experience in response to feelings of social isolation and lack of social support from people.

While we all know the power of talking about your problems with a good friend who’s also a good listener, recent research shows that spending time with a pet may be even better! Recent research shows that, when conducting a task that’s stressful, people actually experienced less stress when their pets were with them than when a supportive friend or even their spouse was present! (This may be partially due to the fact that pets don’t judge us; they just love us.)

It’s important to realize that owning a pet isn’t for everyone. Pets do come with additional work and responsibility, which can bring its own stress. However, for most people, the benefits of having a pet outweigh the drawbacks. Having a furry best friend can reduce stress in your life and bring you support when times get tough.