The Glassblower a Poem by : Rhonda Baker

Inside a building near the center of town
A glassblower’s love of glass is quite profound
With sweat on his brow and jacks firmly in hand
Lost in a piece oblivious to the land
People are gathered to observe the dance
To watch this unexpected miracle; as if by chance
To watch someone struggle with every fiber of their soul
To make the biggest, most colorful and stunning…Bowl?

It’s a madness for which no cure can be found
But one he’d gladly have, it’s that profound
For glass teaches a lesson that must be taught
Life; like glass must be wrought
And when illuminated, it shines so bright
Now seeing it’s beauty; what an awesome sight!

Map of the village

It was founded by either Earl Marshall or Griffin Fitzwilliam in 12th century, just west of the Cistercian Abbey, where the main crossing of the River Nore was formed by a tole paying bridge.

It was a vibrant town, with approx 27 dwelling houses, a court house, woollen mill, a tannery, a brewery and reputed to have had 14 taverns. It was powered by two water wheels working on the little Arrigle River and a tower house stood near the market place, where a wealthy merchant would have lived.

Traveling further up East-West Street, St. Nicholas’s Church and graveyard are situated over looking the town, where the earthly remains of St. Nicholas ( Bishop of Myra) lay a unique feature of this church is the rood-screen which dates from the 15th century; this is the gallery-like construction running across the church between the nave and the chancel. It was used to support a missive reconstruction of the crucifixion, while the floored area above could also have been used for religious plays and choirs. The final phase was the construction of a small tower over the rood-screen itself, which served as the priest’s residence.

The Heritage Council of Ireland has published a Heritage Conservation Plan about Newtown Jerpoint that you can download. 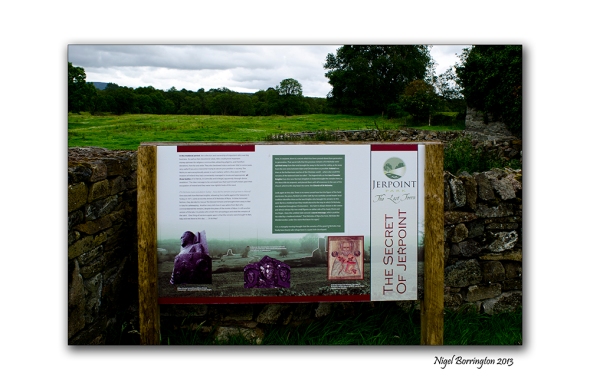 Saint Nicholas was born in 260ad in Patara, a coastal town in what is now Turkey. The poor knew him throughout the land for his generosity, his love for children and being associated with ships, the sea and sailors. He was eventually consecrated Bishop of Myra, just miles from his hometown. The beloved Bishop died in 343ad.

Many Christian churches and many countries observe December 6th his feast day with great celebrations, processions, services and gift giving.

Images of St. Nicholas in paintings, icons, statues, collectibles, and stained glass often show him alongside three young men in a barrel that he brought back to life after an innkeeper murdered them. He is almost always seen with three bags or balls as well, symbolising the three bags of gold he tossed through the chimney of the home of a poor man in his village for the daughters dowry, so they would not be sold as slaves. Thus he is also seen as the “gift giver”. A ship and the sea are also common symbols of the saint. Western and Eastern depictions of blessed Nicholas differ in style and costume. 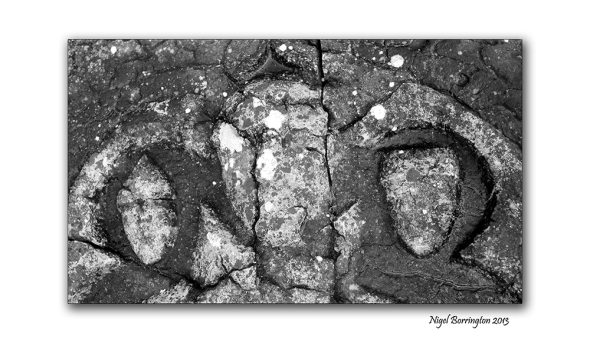 Saint Nicholas is a patron of many places and people. He is closely associated with Russia, Greece, Holland, Austria, Belgium, Aberdeen and New York. Pawnbrokers, travellers, unwed persons, children, sailors and many others claim a special relationship to the saintly figure. Many churches are dedicated to him as well. Saint Nicholas is third most popular subject of icons in the church, with only Jesus Christ and the blessed Virgin Mary having more representations.

Tradition in these parts tell that the earthly remains of St. Nicholas were secretly removed from Bari by returning crusader knights, who brought them back to Newtown Jerpoint for safe keeping. They buried those remains with all due reverence in the church that to this day bears the Saint’s name. The grave of St. Nicholas is marked by beautifully carved grave slab just outside the church, the tall figure of the Saint dominates the carving, and flanking him on both sides are the heads of the two crusader knights who brought his remains here. 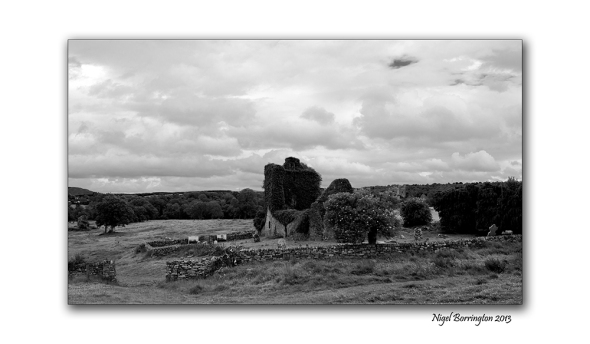 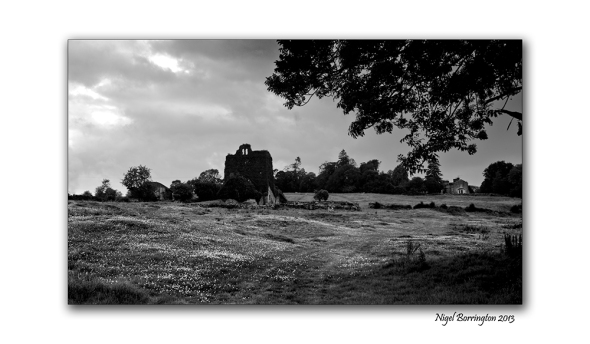