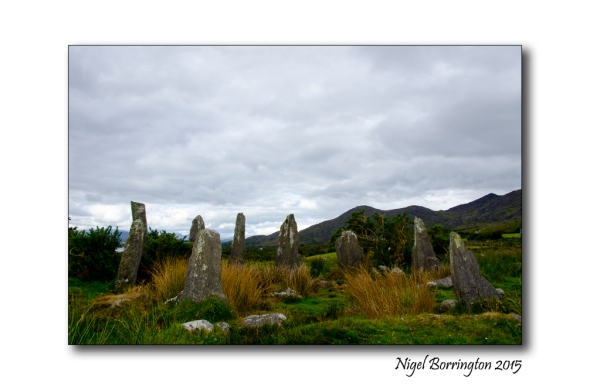 The Bonane stone circle and an Altar for the Moon – The Pagan Moon deity : Elatha.

Bonane stone circle and altar of the Moon

During the summer I was lucky enough to get to visit the Bonane stone circle and Alter located near Kenmare , county Kerry. This stone circle was cleared of trees and opened to the full view of the public in current times and it is a great example of a pagan stone circle.

For many centuries it has puzzled historians as to what function these circle served , some think they marks a place of worship others that they acted as a way of measuring the passage of the the year, using the shadows that they cast on the ground. The location and length of these shadows changing as the year passes.

The last time this event took place was in 2006 and the next time will be during the Month of June in 2024.

The people who live here in Kerry some 5000 years ago must have been very skilled at astronomy as predicting the movement of the moon has been very difficult until in modern times with the invention of small machines called Orrery and then the use of computers have modern man been able to do so.

The task they achieved here is truly amazing and takes a little time to digest, just how they moved three very large stones and placed them on a hill side ridge and then alined a stone circle a good mile away on another hill side and did so with this 18.6 years moon cycle in mind, even today some 5000 years later their achievement is still working.

The difference in thinking between a stone circle being used for the movement of the sun or the moon, or both – is very interesting. As opposed to being used to the help in planting of crops etc, this would appear to imply a function of worship but of what or of who, was it simply the moon or a moon God?

Well the main Pagan deity for this part of the world is thought to be : Elatha

Elatha is quoted as being the “The beautiful Miltonic prince of darkness with golden hair”. He was the son of Dalbaech and a king of the Fomor, he was father of Bres by Eri, a woman of the Tuatha Dé Danann. He came to her over the sea in a vessel of silver, himself having the appearance of a young man with yellow hair, wearing clothes of gold and five gold torcs. He was one of the Fomor who took part in the Second Battle of Magh Tuireadh.

During the Second Battle of Magh Tuireadh, Elatha, son of Dalbaech, watched over Dagda’s magic harp, Uaithne, sometimes called Dur-da-Bla, “the Oak of Two Blossoms,” and sometimes Coir-cethar-chuin, “the Four-Angled Music.” He is said to have a sense of humor and a sense of nobility.

Though considered to be the Fomorian father of Eochu Bres, Elatha (Elada) was also the father of the Dagda, Ogma, a son named Delbaeth, and Elloth (the father of Manannan mac Lir) according to the Lebor Gabála Érenn. The mother of these Tuatha De Danann chiefs may have been Ethne, the mother of Lug, based on Ogma’ often cited matronymic “mac Ethliu.” Since Ethne was Fomorian, this means they are all Fomorians. This is rather confusing, but may betray the battle between the two groups as actually being about the new generation of gods displacing the older generation.

Bonane Stone circle and Altar to the Moon – Gallery

The Cattle of Tullaghought hill

One Sunday during the summer I walked to the top of the hill at Tullaghought, County Kilkenny, in order to get some photographs of the stone circle that sits on it.

Well on arriving at the circle some cattle who had followed me through the fields then decided to graze around the circle for some two hours before the headed off down the hill-side. In the end I did get some images that I was very happy with, including the last image in this set.

It was great fun sitting and waiting and looking at the great landscape of Kilkenny. 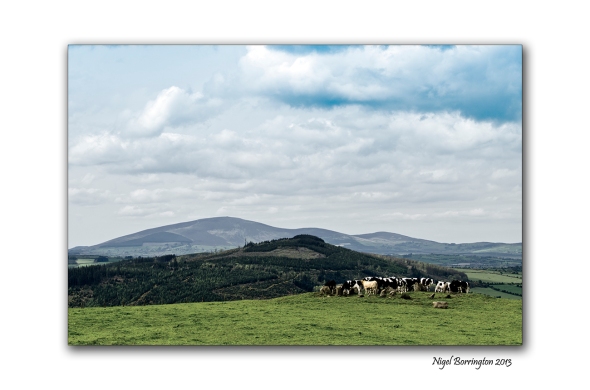