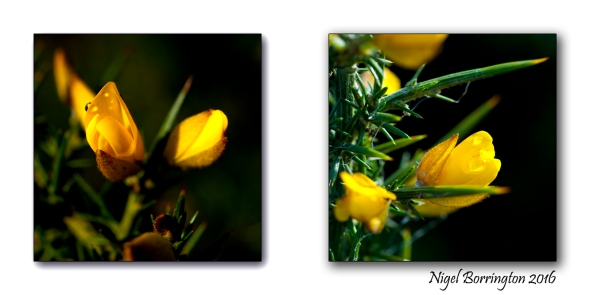 Gorse flowers in the Irish Landscape

Gorse is very common here in county Kilkenny but this does not make it any less loved by many, as it flowers in springtime. Many of the hills sides and woodland areas come to life with their yellow flowers.

Gorse, also known as furze, is a sweet scented, yellow flowered, spiny evergreen shrub that flowers all year round.

In fact, there are several species of gorse that flower at different times of the year making it a much-loved plant for the bees and giving it the appearance of being in bloom all year long. There is an old saying that goes, “When the gorse is out of bloom, kissing is out of season.” 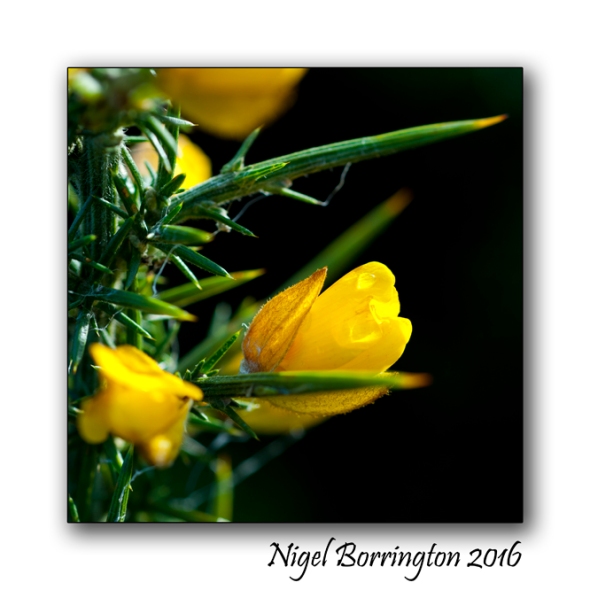 Gorse is often associated with love and fertility. It was for this reason that a sprig of gorse was traditionally added to a bride’s bouquet and gorse torches were ritually burned around livestock to protect against sterility. However, one should never give gorse flowers to another as a gift for it is unlucky for both the giver and receiver.

Gorse wood was used as very effective tinder. It has a high oil content which means it burns at a similar high temperature to charcoal. The ashes of the burnt gorse were high in alkali and used to make soap when mixed with animal fat.

Onn, meaning gorse, is the 17th letter of the ogham alphabet. It equates to the English letter O.

In Celtic tradition, gorse was one of the sacred woods burned on the Beltane bonfires, probably the one that got them started. It was a shrub associated with the spring equinox and the Celtic god of light, Lugh, doubtlessly because of its ever blooming vibrant yellow flowers.

In Brittany, the Celtic summer festival of Lughnastdagh, named after the god, was known as the Festival of Golden Gorse. 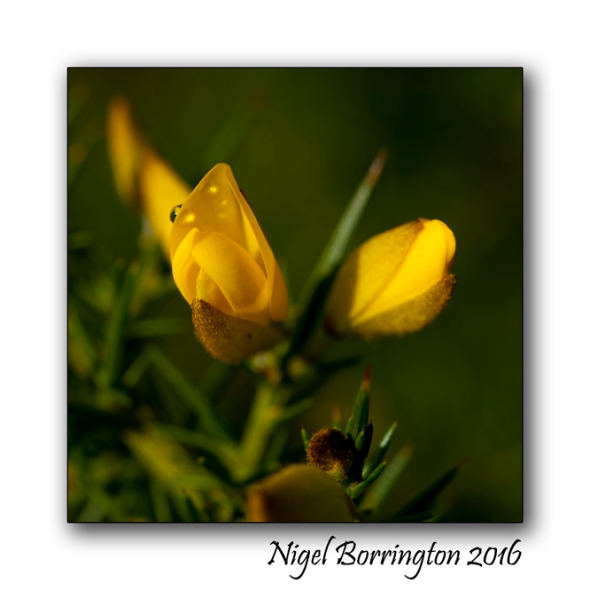 Flowers used in wine and whiskey

The flowers have a distinct vanilla-coconut aroma and are edible with an almond-like taste. They can be eaten raw on salads or pickled like capers. They have also been used to make wine and to add colour and flavour to Irish whiskey. However, consuming the flowers in great numbers can cause an upset stomach due to the alkalis they contain.

The prickly nature of gorse gave it a protective reputation, specifically around livestock. As well as providing an effective hedgerow, gorse made an acceptable flea repellent and the plant was often milled to make animal fodder. 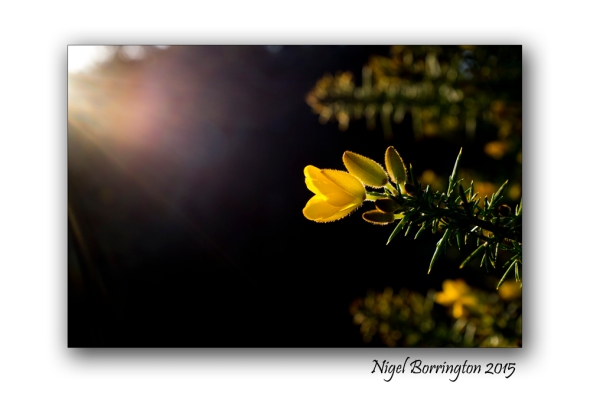 Gorse is the 15th letter of the Gaelic tree alphabet, representing O. Its old Gaelic name was Onn, and in modern Gaelic it is conasg. It’s a prickly shrub, which can almost always be found in flower somewhere, all twelve months of the year, and this means it has many positive connotations in folklore.
Snippets of lore

Here are the titbits of fact and folklore about pine tweeted by @cybercrofter on 15 December 2011.

Gorse is the 14th letter of the Gaelic tree alphabet, for O – in old Gaelic it was onn or oir (gold). In Modern Gaelic it’s conasg.

Conasg (Gaelic for gorse) means prickly or armed, appropriately enough as it’s the spiniest plant around.

As gorse’s branches, twigs and leaves are all spiny, which reduces water loss, it can survive extreme exposure to wind and salt.

Other regional names for gorse are whin or furze. In latin, it’s Ulex europaeus.

Gorse bears yellow flowers all year round, and as they say, ‘When gorse is in bloom, kissing is in season.’

Gorse is a symbol of the sun god Lugh, as it carries a spark of sun all year.

Bees love gorse and it’s a good source of food for them on warm winter days and in early spring.

In late spring, gorse flowers smell of coconut and vanilla.

Here’s a poem from me, The Gorse is out behind Glencanisp. Audio too. http://www.pankmagazine.com/the-gorse-is-out-behind-glencanisp/

Gorse fixes nitrogen due to symbiosis with a bacterium in the roots.

The fierce fire of furze is ideal for baking.

Gorse is a good windbreak and a gorse bush is the best place to dry washing – it naturally pins it in place.

A bundle of gorse is excellent for sweeping chimneys.

Gorse lifts the spirits of the downhearted, and restores faith.

Festival of the Golden Gorse is celebrated on 1 August (Lughnasa).

Gorse’s magic is good for bringing a piece of work, a project, a relationship or a troublesome thing to a complete and final end.

Remember the nitrogen-fixing? Grow gorse for 7 years and the ground will be excellent for corn.

In 1778 a gorse crushing mill was set up in Perth. One acre of crushed gorse bushes will keep 6 horses in fodder for 4 months.

Bring gorse into the house in May to ‘bring in the summer’.

Giving someone gorse flowers is unlucky, for both giver and receiver. Best keep them for yourself!

Ballybunion , a view from the cliff 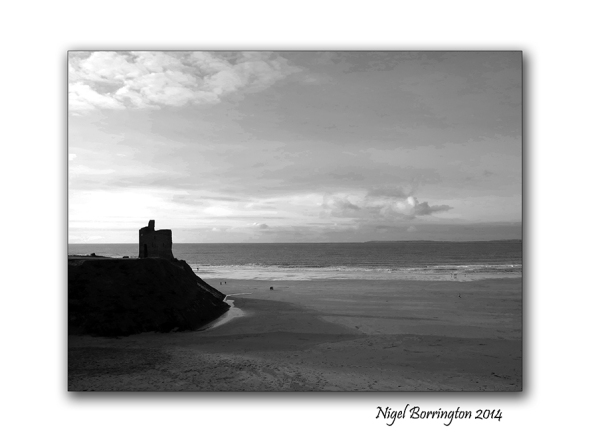 Ballybunion in county Kerry is one of Ireland’s most visited sea side locations, it a wonderful little town with a long history of holiday makers visiting here.

It has one very interesting feature that relates to its beach’s, there are two commonly used beaches divided by the reamins of an old castle on the cliff. The beach to the left of the castle (if looking toward the sea) is called the “Men’s Beach”, and the one to the right the “Ladies Beach”, given to the fact that men used to bathe on a separate beach from women and children. Although this practice has not been observed for decades, its amazing to think in this day and age how it even worked or became Normal practice.

Family members having to split-up for a swim.

The sheer cliffs over the beach have a scenic walking path, featuring a blowhole, views of sea stacks and a multitude of wildlife. The path takes about 20 minutes to walk, and goes round to the “Nun’s Beach”, a beautiful beach with no access these days, it is overlooked by an old convent.

You get an overwhelming feeling of history here from times when traditions and culture was very different than the many visitors today experience.

Ballybunion, is still a place well worth a visit !! 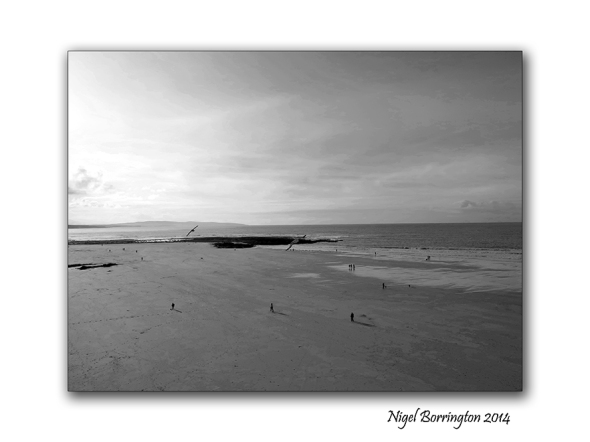 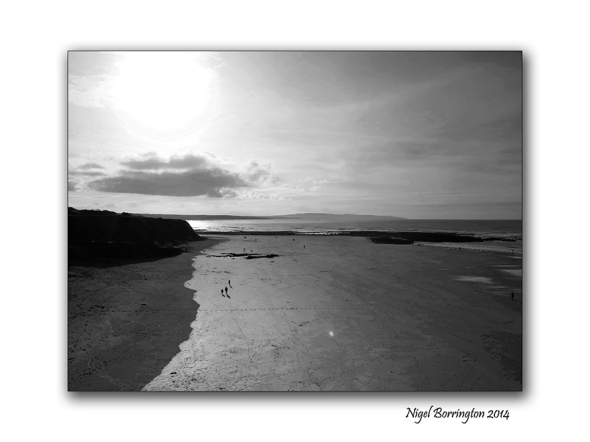 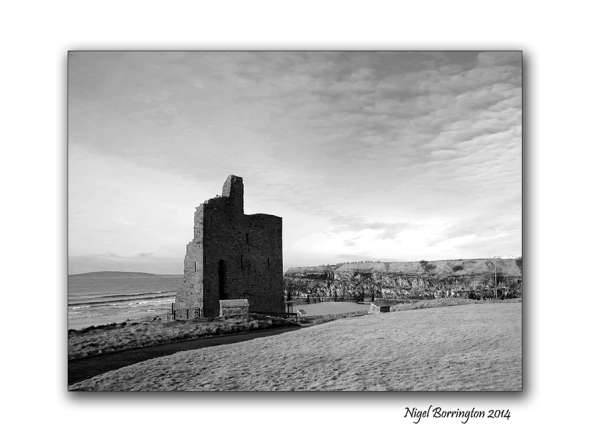 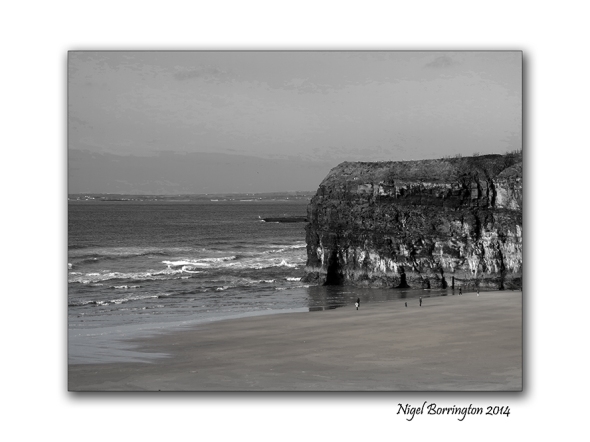