Pagan Monday : The Spiral and Nature

The Spiral In the Natural Pagan world

If you have taken many nature photographs or sketched and/or painted outside, you may have noticed just how often you come across one of natures repeating patterns, the Spiral.

From Lichen on rocks to the way the bark grows on some trees, water spinning in a rock pool and the form that galaxy’s take in the night sky.

The last image below was taken at the Local Pagan location of Knickroe, County Kilkenny where most of the stones are marked with the spiral pattern. In this image you can just about make out the form of the Triple Spiral, Possibly representing the : ( “three realms” – Land, Sea and Sky ). Clearly our Pagan ancestors noticed the spiral and give it a significant place in their lives. Today the spiral takes a leading place in Modern Re constructionist Paganism being used in Art and artifacts.

Believed by many people to be an ancient symbol of pre-Celtic and Celtic beliefs, the triple spiral appears in various forms in pre-Celtic and Celtic art, with the earliest examples having been carved on pre-Celtic stone monuments, and later examples found in the Celtic Christian illuminated manuscripts of Insular art. The triple spiral was possibly the precursor to the later triskele design found in the manuscripts.
Christian Celtic symbolism

What the symbol meant to the pagans who built Newgrange and other monuments is unknown; but, as Christianity came into the forefront in Ireland before the 5th century, AD, the triskele took on new meaning, Kidnapped somewhat as a symbol of the Trinity (i.e., Father, Son, and Holy Spirit) and, therefore, also a symbol of eternity. Its popularity continues today as a decorative symbol of faith for Christians of Celtic descent around the world.

The triple spiral is one of the main symbols of Celtic Reconstructionist Paganism, often standing for the “three realms” – Land, Sea and Sky, or for one of a number of deities who are described in the lore as “threefold” or triadic.[1] The god Manannán is probably most often the one symbolized by the triskele, though some also use it for the goddess Brighid. Some Celtic-inspired Wiccans also use the triple spiral symbol, most often to represent the concept of the triple goddess.

According to Uriel’s Machine by Knight and Lomas (2003), the triple spiral may represent the nine-month period of human pregnancy, since the sun takes a fourth of a year to go from the celestial equator (an equinox) to extreme north or south declination (a solstice), and vice versa. During each three-month period, the sun’s path across the sky appears to form a closely wound quasi-helical shape, which can be likened to a spiral, so that three spirals could represent nine months, providing an explanation for a link between fertility and the triple-spiral symbol. 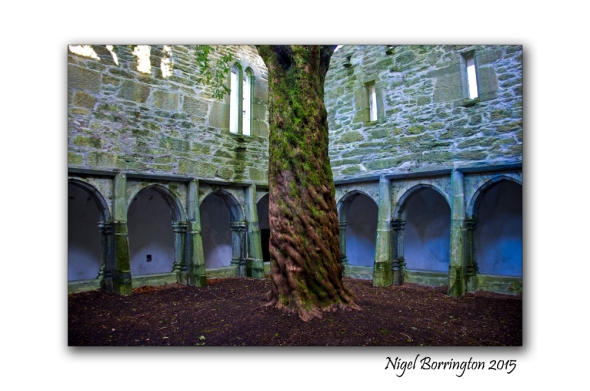 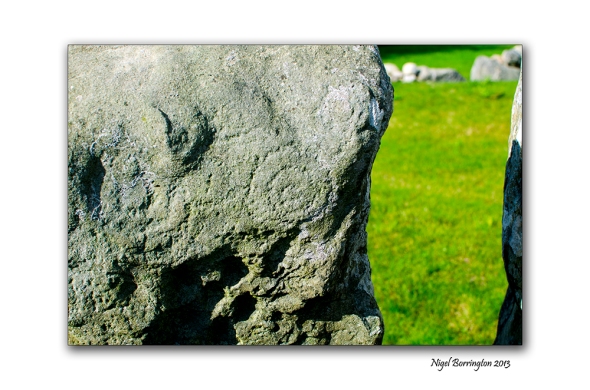 This entry was posted on March 9, 2015 by nigel borrington. It was filed under Gallery, Nature and Wildlife, The Pagan world and was tagged with art, Celtic, Ireland, irish history, Nature, Nigel Borrington, Pagan, Pagan Monday, Paganism, Spirals, triple spiral.