The Gardens and the remains of the old house are one of county Kilkenny’s most popular locations, located above the River Nore and the small town of Inistioge.

The Ice house is most likely less known, as it is located on the banks of the river Nore on the very limits of the grounds, it is however one of the best preserved ICE houses you could wish to find.

The details on the information board nearby are a little unclear as to when this building was constructed but it is considered to be sometime in the 1800’s, it was used for visitors to the smaller river side lodge, named the “Red House”.

The ‘Red House’ was a hunting lodge that at the time could only be accessed via boat along the river, today however you can find this location via a half an hour walk from the town of Inistioge.

A General History of ice houses

The Romans were the first to build ice houses, though not very widely in the UK and Not at all in Ireland. Ice houses were usually built close to sources of winter ice, such as freshwater lakes. In the 17th century, grand country houses followed the fashion of having one built, and then ice houses fell from fashion until about the late 18th century.

On country estates from about 1660, the ice was mainly used not to chill food, but for its own sake: for ice creams and increasingly popular desserts such as syllabubs.

Meat and fish did not need to be preserved on a large estate because they could simply be caught from estate lakes and ponds when needed. Ice was also used for medicinal purposes: to treat fever and inflammation. At one time, a common prescription for indigestion was being told to suck on ice.

now a ruin, was for generations the home to the Tighe family. In 1737, the twenty-six-year-old Sir William Fownes inherited the estate and commissioned an elegant mansion, completed in 1745. He hoped to establish himself with the gentry of the area and to impress the 2nd Viscount Duncannon, soon to become the first Earl of Bessborough, whose daughter Elisabeth he planned to marry. Over the next forty-five years, Woodstock was the background to a series of dramas that led to the deaths of William, Elisabeth and their son-in-law William Tighe.

Many gardens and walks were laid out between 1840 and 1900 by another William Tighe and his wife Lady Louisa Lennox.[1] The gardens contain many exotic plants from Asia and South America, including the Monkey Puzzle tree and the Noble Fir tree which form two of the walks in the gardens,[2] as well as specimens of the Coast Redwood.

In 1921, the property was occupied by the Black and Tans and Auxiliaries, which caused much local resentment, and then by troops of the Free State Army, who were withdrawn from the premises during the Irish Civil War, on 1 July 1922. The house, left unguarded, was burnt down the next day, and remains a derelict empty shell, overgrown with vegetation 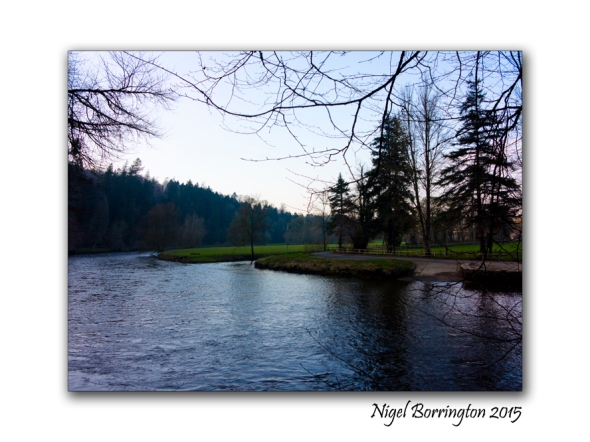