5 solo images for the week (Friday).

Inveraray sits on the A83 between Glasgow and Oban/Argyll, I have driven this route many times and stopping to look at the boat, Artic Penguin and loch Fyne was something I do every time, just a fantastic view.

The morning I took this image was cold and very still, the pier was empty and it was a few moments of magic in the air, of peace and silence.

Its the weekend so…… 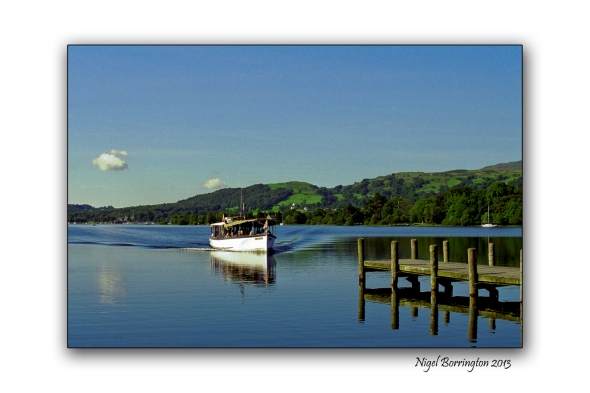 These images were taken during a visit to the Lake district boat museum some years back, I have been scanning a lot of my old films and came across these as part of a set that I will use in full at some point, For the moment however these two images show one of histories great boats used to set world water speed records….

I just love the contrast of Ilford xp2 film….

Five go up a hill and come down a mountain

Some time back Five of us (Breda, Tess, Andrew his brother Steve along with Myself) all headed from north London to Melfort Village, Argyll, Scotland for the week. At the time I owned a time share week here and the visit to such a wonderful location each March was more than welcome.

One Morning with myself and Steve both being into photography, the others just wanting a good walk we packed the bags and headed up the hills at the back of the Melford estate, the below images I hope do something to document this walk and the resulting Photographs.

I only found these pictures again last week as I am scanning all my old negatives….

Out in the field where the lark resides,
Here I’ll remain where my heart can hide,
Only the lark and the west wind know,
I’m in this field where no-one goes. 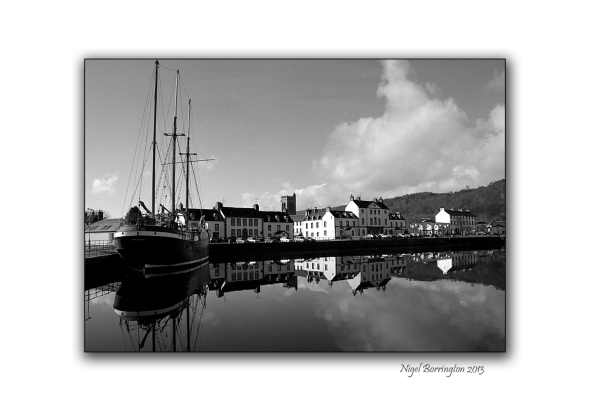 Sitting on the quays at Inveraray in Argyll and Bute, Scotland, the Artic Penguin now rests.

She had the following History

1910 Named: PENGUIN as lightship for the Irish Lighthouse Service – cost £7,230. Flag: Ireland
1966 Sold to T.E. McSweeney and converted into a Youth Adventure Sea Training Vessel Renamed: HALLOWE’EN Flag: United Kingdom
1982 Sold to Mr D. Norris and converted to a schooner. Cruise Boat Renamed: ARCTIC PENGUIN Moored close to the eastern shore of The Gareloch where her new owner single-handedly fitted her with twin diesel engines. All the work, the boring out of the stern propellor tubes, the fitting of the necessary external propellor shaft brackets, the propellor shafts and the propellors was all done without the ship being docked or slipped.
1995 Maritime Museum at Inveraray Pier

Today she enjoys one of the best views Scotland has to offer.

Inveraray sits on the A83 between Glasgow and Oban/Argyll, I have driven this route many times and stopping to look at the Artic Penguin and loch Fyne was something I did every time, just a fantastic view.

I am planning to return in November this year and cannot wait!

Just two images today from a visit I made to Charlestown, Cornwall.

“This small harbour village was a Georgian ‘new town’, a port development planned by local landowner Charles Rashleigh (after whom it was named) and built between 1790 and 1810 for the export of copper and china clay.

Throughout the nineteenth century the little dock was packed with ships and the harbourside sheds and warehouses thronged with complementary businesses: boatbuilding, ropemaking, brickworks, lime burning, net houses, bark houses and pilchard curing.

Today there are two remarkable things about Charlestown.

One is that, against all the odds, it has survived as a working port and a small amount of china clay is still exported in an average of 30-40 ships a year, and this saves the place from becoming a cosy caricature of itself with plenty of ‘heritage appeal’ but no real life.

The second is that – again, against all the odds – it has largely escaped ‘development’ and remains one of the finest and most fascinating places on the Cornish coast.

Perhaps the words “so far” should be added to these two observations, for who knows what will happen to Charlestown in the future?

At the time of writing, the harbour is the home port for a famous collection of old ships which are employed in film projects all over the world – they have brought work and life to the quays and harbour buildings and are a particular draw for visitors.”

I spent a week here and its a week I will never forget, I was working in London at the time and returned to my Job like a new person – this is a very special place!!