Light of the Sun – through the Windows of St Peters , Rome 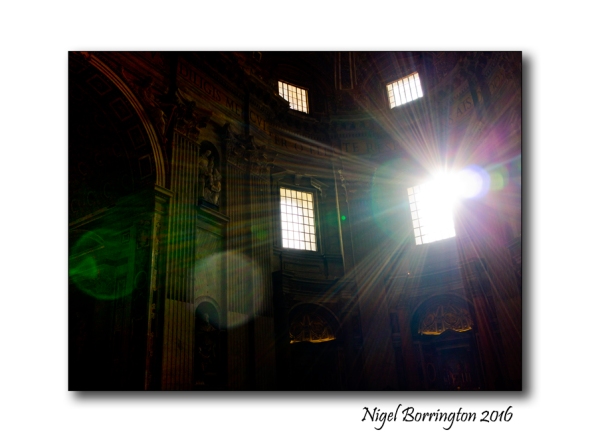 The Light of the Sun

Over the Christmas Holiday 2015/16 we visited Rome a city I love very much for among many things its amazing buildings.

On visiting St Peters Basilica, a must do ! , the weather was just amazing for the time of year. Along with the stunning architecture and art, the one thing I could not help but notice was the light from the low December Sun flooding through the many windows located high on the walls around the many domes and chapels.

I spent a lot of time doing my best to capture the effects that this Sun light was creating and here just wanted to share a few of my attempts.

Rome is a city of outstanding churches, none however can hold a candle to St Peter’s (Basilica di San Pietro), Italy’s largest, richest and most spectacular basilica. It is Built atop an earlier 4th-century church, it was completed in 1626 after 120 years’ construction.

Its lavish interior contains many spectacular works of art, including three of Italy’s most celebrated masterpieces: Michelangelo’s Pietà, his soaring dome, and Bernini’s 29m-high baldachin over the papal altar.

Light of the Universe – A Gallery 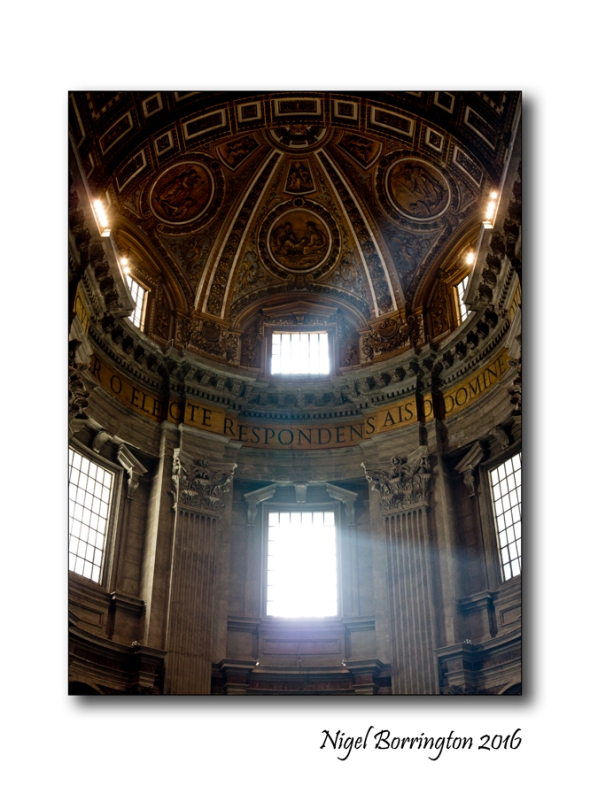