Monday Morning, The Motte at Slievenamon

This morning it felt like Spring for the first time here in Ireland, we have a good chance of a period of sunny days for the entire week and it was a wonderful Morning.

I took the chance to visits our nearest Mountain Slievenamon and walk around its lower paths and fields, one of these fields contains the remains of an old Norman Motte. From the top of which you get some wonderful views of the Landscape around this area.

A Motte is the foundations for a motte-and-bailey castle with consisted of a wooden or stone keep situated on a raised earthwork called a motte, accompanied by an enclosed courtyard, or bailey, surrounded by a protective ditch and palisade. These castles were built across northern Europe from the 10th century onwards, spreading from Normandy and Anjou in France, into the Holy Roman Empire in the 11th century. The Normans introduced the design into England and Wales following their invasion in 1066. Motte-and-bailey castles were adopted in Scotland and Ireland.

This is a location I will return to many times this year just to capture how the seasons effect the look of this wonderful setting. 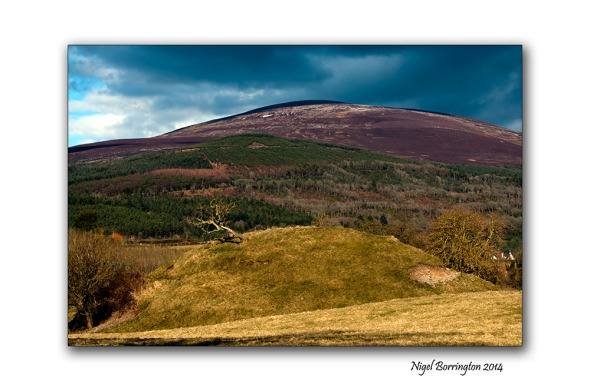