Christ of Saint John of the Cross, by Salvador Dalí 1951, Kelvingrove Art Gallery and Museum, Glasgow 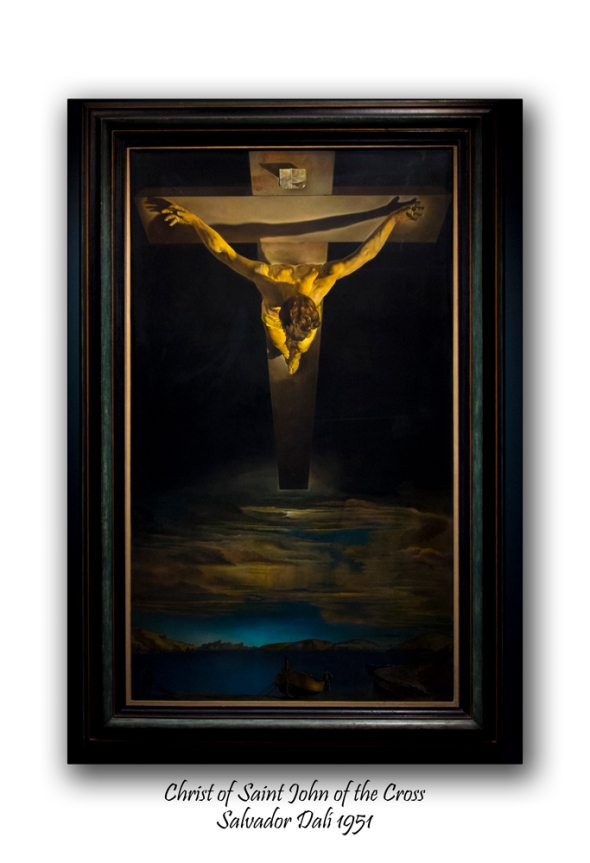 Christ of Saint John of the Cross
Salvador Dalí made in 1951
Kelvingrove Art Gallery and Museum, Glasgow

At the start of May this year (2017) I visited the Kelvingrove Art Gallery and Museum in Glasgowm, there are many great works of art there, including a full collection of works by the Glasgow boys group of artists, I will share some of their paintings very soon.

One of the most famous works of art in the Gallery is “Christ of Saint John of the Cross, by Salvador Dalí painted in 1951”, the painting has its own viewing room with subdued lighting and a set of seats, so you can spend sometime viewing this amazing work of art by Dali. It was while in this room that I captured the above image of the painting.

There is something deep and spiritually moving about this painting even if your not a believer in its subject matter.

Here are some details :

Christ of Saint John of the Cross is a painting by Salvador Dalí made in 1951. It depicts Jesus Christ on the cross in a darkened sky floating over a body of water complete with a boat and fishermen. Although it is a depiction of the crucifixion, it is devoid of nails, blood, and a crown of thorns, because, according to Dalí, he was convinced by a dream that these features would mar his depiction of Christ. Also in a dream, the importance of depicting Christ in the extreme angle evident in the painting was revealed to him.

The painting is known as the Christ of Saint John of the Cross, because its design is based on a drawing by the 16th-century Spanish friar John of the Cross. The composition of Christ is also based on a triangle and circle (the triangle is formed by Christ’s arms; the circle is formed by Christ’s head). The triangle, since it has three sides, can be seen as a reference to the Trinity, and the circle may be an allusion to Platonic thought. The circle represents Unity: all things do exist in the “three” but in the four, merry they be.

On the bottom of his studies for the painting, Dalí explained its inspiration: “In the first place, in 1950, I had a ‘cosmic dream’ in which I saw this image in colour and which in my dream represented the ‘nucleus of the atom.’ This nucleus later took on a metaphysical sense; I considered it ‘the very unity of the universe,’ the Christ!”

In order to create the figure of Christ, Dalí had Hollywood stuntman Russell Saunders suspended from an overhead gantry, so he could see how the body would appear from the desired angle [3] and also envisage the pull of gravity on the human body. The depicted body of water is the bay of Port Lligat, Dalí’s residence at the time of the painting.

The painting and intellectual property rights were acquired for Glasgow Corporation in the early 1950s by Tom Honeyman, then the Director of Glasgow Museums. Honeyman bought the painting for £8,200, a price considered high at the time although it was less than the £12,000 catalogue price, and included the copyright, which has earned Glasgow Museums back the original cost many times over.

The purchase was controversial and a petition against it, arguing that the money should be spent on exhibition space for local artists, was presented to the City Council by students at Glasgow School of Art.[6] The controversy caused Honeyman and Dalí to become friends, corresponding with each other for many years after the original acquisition. 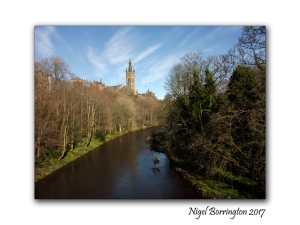 The painting first went on display at the city’s Kelvingrove Art Gallery and Museum on 23 June 1952. In 1961 a visitor attacked the painting with a stone and tore the canvas with his hands. It was successfully restored over several months by conservators at Kelvingrove and returned to public display. In 1993, the painting was moved to the city’s St Mungo Museum of Religious Life and Art, but returned to Kelvingrove for its reopening in July 2006. It won a poll to decide Scotland’s favourite painting in 2006, with 29% of the vote.

It is said that the Spanish government offered £80 million ($127 million USD) for the painting.

This painting has continued to generate controversy. At the time of its purchase by Honeyman, the verdict by Modern Art critics was that producing such a traditional painting was a stunt by an artist already famous for his surrealist art. In 2009 The Guardian art critic, Jonathan Jones, described it as “kitsch and lurid,” but noted that the painting was “for better or worse, probably the most enduring vision of the crucifixion painted in the 20th century.”

In May 2013, in BBC Radio 4’s Great Lives, British poet John Cooper Clarke described this image as being utterly different from any other image of the crucifixion, as the angle of view conveys the hanging pain of this method of execution, whilst hiding the ordinarily clichéd facial expressions normally seen in such depictions. 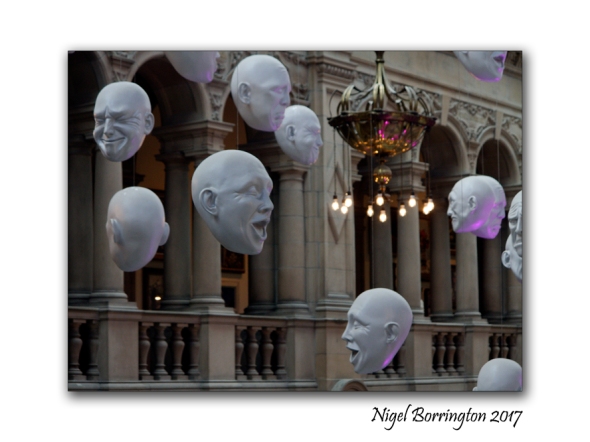 At the start of April this year I promised myself that I would go and visit some Art Gallery’s and cultural museums one of these vists was to The Kelvingrove Art Gallery and Museum. The museum and art gallery in located in Glasgow, Scotland. It reopened in 2006 after a three-year refurbishment and since then has been one of Scotland’s most popular visitor attractions.

The gallery is located on Argyle Street, in the West End of the city, on the banks of the River Kelvin (opposite the architecturally similar Kelvin Hall, which was built in matching style in the 1920s, after the previous hall had been destroyed by fire). It is adjacent to Kelvingrove Park and is situated near the main campus of the University of Glasgow on Gilmorehill.
…

If you Ever had that feeling that a hundred set of eyes are watching you then Sophie Cave sculptures turn the feeling into a reality!

The Floating Heads installation located in one of the open public areas in the Gallery, literally turn your head around the moment you first see this work. Sophie Cave has created over 50 sculptures of heads, each displaying different emotions including laughter and despair. The heads are completely white, but are lit so that their expressions are accentuated, which gives the installation a somewhat eerie feel. Since the installation is hung over the foyer, it is one of the first things youwill see when they enter the museum.

Its a great installation as it truly makes you stop and look at each of the heads as they slowly move around to face your direction, I relay enjoyed this work 🙂 🙂 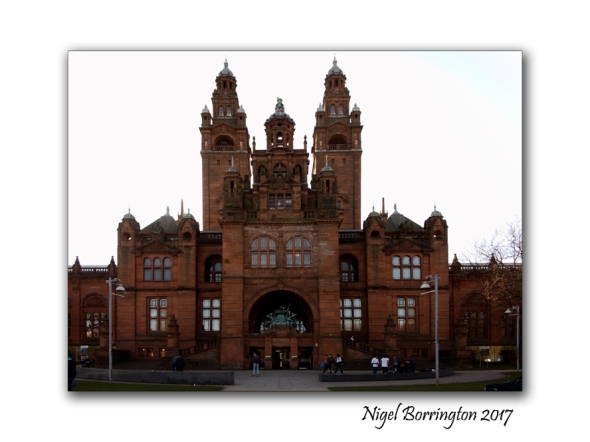