Walking the bridges of the River Clyde, Glasgow, Scotland

The 21 Bridges of the River Clyde
Glasgow

As the Industrial Revolution took hold of the world, the Clyde was dredged to allow ships to sail all the way to Glasgow, rather than stopping at Port Glasgow which had previously been the case. As well as turning Glasgow into an important port, it transformed the city from one of trade to one of manufacturing, specifically steel work and shipbuilding. As factories and shipyards sprung up, the city’s population boomed to a breaking point of over one million (almost double the current number), and one of first cities in Europe to do so.

The Clyde’s reputation and success continued until World War II, when several of the shipyards were struck by the Luftwaffe during The Blitz. This, coupled with post-war competition from other nations, saw the decline of shipbuilding in Glasgow. In present day, the only two surviving yards, Yarrow and Fairfields, are both owned and operated by BAE Systems.

However, this decade has brought with it renewed investment in the waterway and its banks, thanks to the Clyde Waterfront Regeneration project. One of the prime examples is the Glasgow Digital Media Quater located at Pacific Quay; it is new home of the television companies BBC and STV, as well as other media companies. Next door to this, directly across from the Scottish Exhibition and Conference Centre (SECC), is the Glasgow Science Centre, IMAX Cinema AND Glasgow Tower. Further along, in the neighbouring town of Renfrew, lies the Braehead Shopping Centre and Xscape Leisure Centre, directly across from the King George V Docks. Next to the shopping centre is the newest of Glasgow’s parks, the Clyde View Park. It features statues by artist Kenny Munro, which he designed with the help and input of Renfrewshire’s schoolchildren.

Of course, a river would not be so handy if there were not bridges to cross the tremendous flowing waters. Thankfully, Glasgow has a staggering 21 bridges crossing the Clyde. These are a mixture of road, rail and footbridges that speak volumes about the history of the city, from their names and design to the type of transport they were designed for. In addition to these there is the Clyde Tunnel, which delves under the river connecting Govan with Scotstoun and Partick.

The Bridges can all be seen as part of the Clyde Heritage Trail. For more information and articles about the River Clyde and her features, please visit the Clyde Waterfront Heritage website, and also the Riverside Museum. 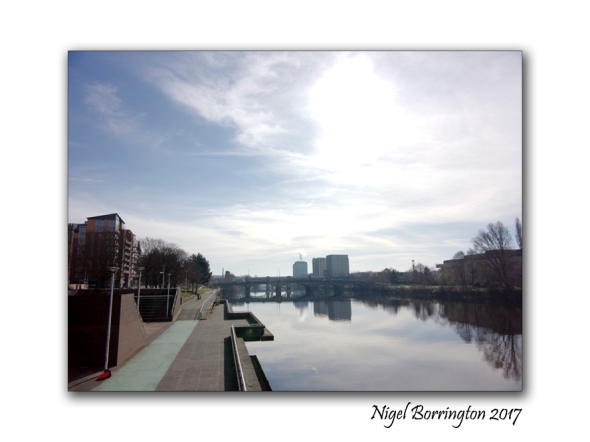 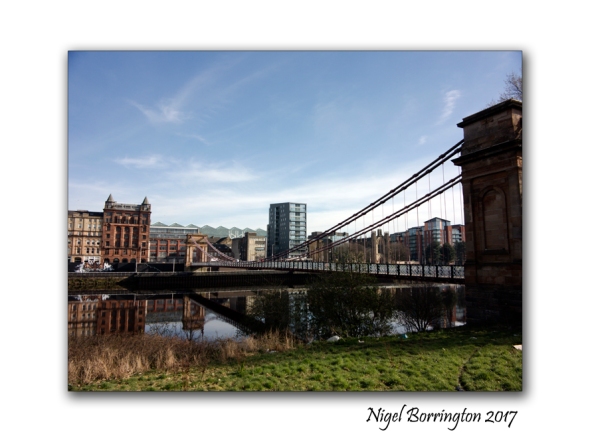 The Bridge Builder , Poem by : Will Allen Dromgoole

The Bridge at the Vee, County Tipperary
Photography : Nigel Borrington

By Will Allen Dromgoole

An old man going a lone highway,
Came, at the evening cold and gray,
To a Valley vast and deep and wide.
Through which was flowing a sullen stream
The old man crossed in the twilight dim,
The sullen stream had no fear for him;
But he turned when safe on the other side
And built a bridge to span the tide.

“Old man,” said a fellow pilgrim near,
“You are wasting your strength with building here;
Your journey will end with the ending day,
You never again will pass this way;
You’ve crossed the chasm, deep and wide,
Why build this bridge at evening tide?”

The builder lifted his old gray head;
“Good friend, in the path I have come,” he said,
“There followed after me to-day
A person whose feet must pass this way.
This chasm that has been as naught to me
To that fair-haired person may a pitfall be;
They, too, must cross in the twilight dim;
Good friend, I am building this bridge for him!”