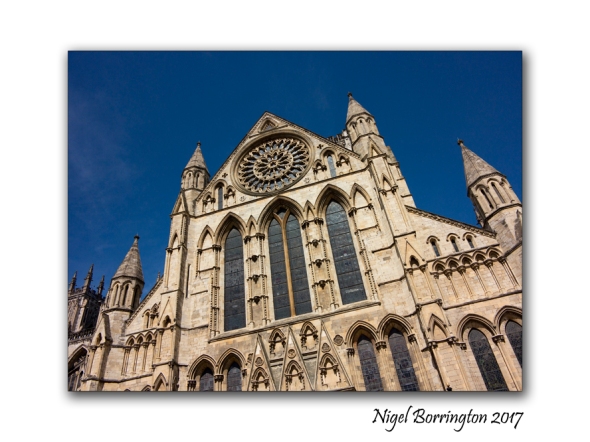 The Cathedral and Metropolitical Church of Saint Peter in York, commonly known as York Minster, is the cathedral of York, England, and is one of the largest of its kind in Northern Europe. The minster is the seat of the Archbishop of York, the second-highest office of the Church of England, and is the mother church for the Diocese of York and the Province of York. It is run by a dean and chapter, under the Dean of York. The title “minster” is attributed to churches established in the Anglo-Saxon period as missionary teaching churches, and serves now as an honorific title. Services in the minster are sometimes regarded as on the High Church or Anglo-Catholic end of the Anglican continuum.

The minster has a very wide Decorated Gothic nave and chapter house, a Perpendicular Gothic Quire and east end and Early English North and South transepts. The nave contains the West Window, constructed in 1338, and over the Lady Chapel in the east end is the Great East Window (finished in 1408), the largest expanse of medieval stained glass in the world. In the north transept is the Five Sisters Window, each lancet being over 52 feet (16 m) high. The south transept contains a rose window, while the West Window contains a heart-shaped design colloquially known as ‘The Heart of Yorkshire’. 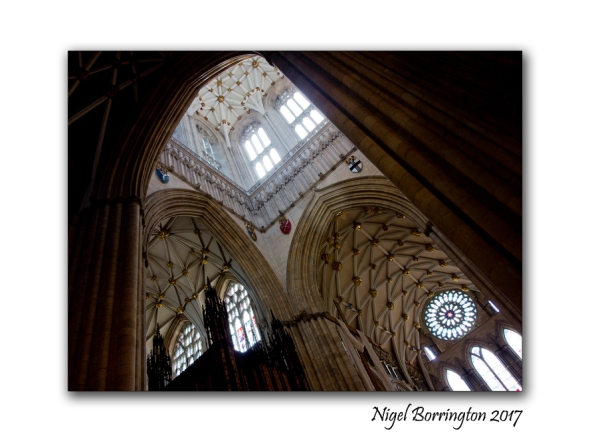 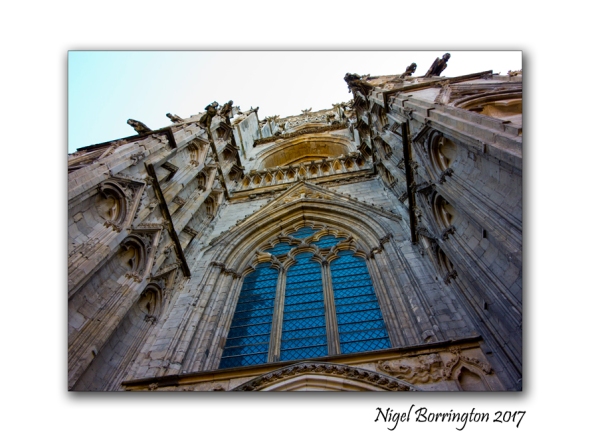 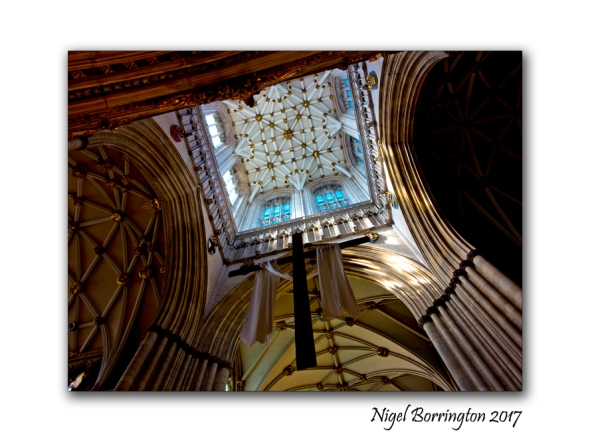