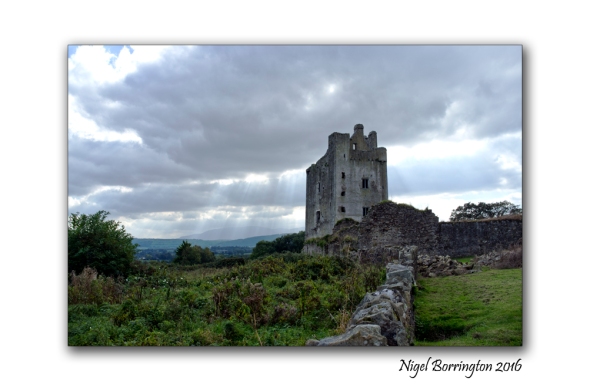 Now what will we do for timber,
with the last of the woods laid low?
There’s no talk of Cill Chais or its household
and its bell will be struck no more.
That dwelling where lived the good lady
most honoured and joyous of women
– earls made their way over wave there
and the sweet Mass once was said.

Ducks’ voices nor geese do I hear there,
nor the eagle’s cry over the bay,
nor even the bees at their labour
bringing honey and wax to us all.
No birdsong there, sweet and delightful,
as we watch the sun go down,
nor cuckoo on top of the branches
settling the world to rest.

A mist on the boughs is descending
neither daylight nor sun can clear.
A stain from the sky is descending
and the waters receding away.
No hazel nor holly nor berry
but boulders and bare stone heaps,
not a branch in our neighbourly haggard,
and the game all scattered and gone.

Then a climax to all of our misery:
the prince of the Gael is abroad
oversea with that maiden of mildness
who found honour in France and Spain.
Her company now must lament her,
who would give yellow money and white
– she who’d never take land from the people
but was friend to the truly poor.

I call upon Mary and Jesus
to send her safe home again:
dances we’ll have in long circles
and bone-fires and violin music;
that Cill Chais, the townland of our fathers,
will rise handsome on high once more
and till doom – or the Deluge returns –
we’ll see it no more laid low. 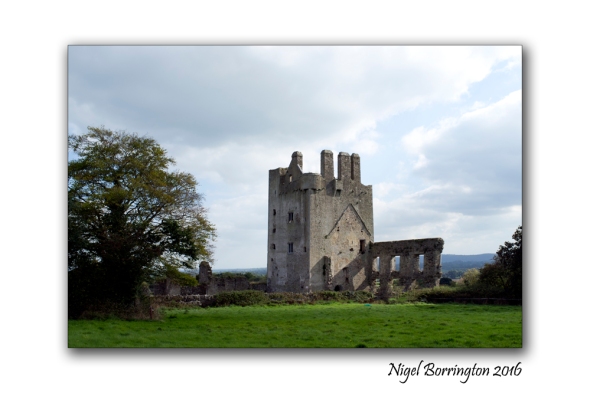 Kilcash Castle located on the county Kilkenny / Tipperary boarders but firmly in county Tipperary is one of the most haunting places to be found locally. It has a long history that started with its construction in the sixteenth century by the wall family who latter passed it on to the Butlers of Ormond who much latter sold it to the Irish State in 1997 for £500

Brief History of Kilkash castle and the Poem

By the late 20th century Kilcash Castle was in a dangerous state of repair, and it was sold to the State by the trustees of the Ormond estate for £500 in 1997. It is undergoing extensive structural repairs to save it from collapsing. But this means it is covered in scaffolding and the site is closed off to visitors.

The author of the popular Irish poem and song Cill Chaise (Kilcash) casts himself back in time to mourn the death of Margaret Butler, the former Lady Iveagh, in 1744. Her death moves the writer to lament her tolerance and to compare the cutting down of the woods of Kilcash with the destruction of the Gaelic way of life.

But the woods were not destroyed by the English, but through their sale by the Butler family, who needed the income to supplement their new lifestyle in Kilkenny Castle.

Traditionally, the poem has been attributed to Father John Lane, Parish Priest of nearby Carrick-on-Suir, who was educated for the priesthood at the expense of the former Lady Iveagh, the deagh-bhean or good lady in the song. However, the dating is misplaced, for Father Lane died in 1776 and the sale of the timber at Kilcash was not advertised in local newspapers until 1797.

Although the timber was sold off between 1797 and 1801, the earliest manuscripts of the text do not appear for another 40 years, which means Cill Chaise was written no earlier than the early 1800s, but perhaps much later. The air seems to be Bliadhin ’sa taca so phós mé (This time twelve months I married), which was collected by George Petrie in Clare and published in 1855. 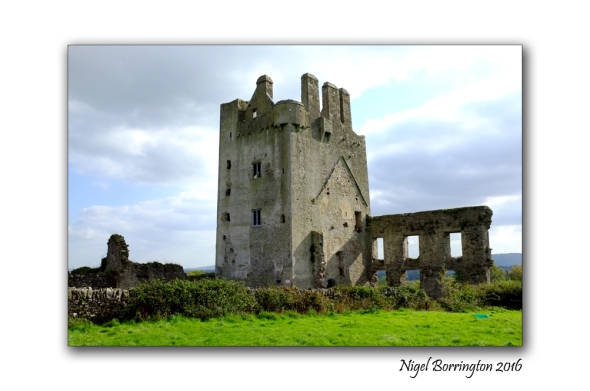 This entry was posted on October 17, 2016 by nigel borrington. It was filed under Gallery, irish history, Landscape, Travel Locations and was tagged with A Lament for Kilcash, Images of Kilkenny, Ireland, irish castles, irish history, Kilkenny, Monday Poetry, Nigel Borrington, poems, poetry, Tipperary.