The Mostar bridge, Recovering from war.

The Mostar bridge, Recovering from war

A little time back on a holiday to Bosnia and Herzegovina, I visited the town of Mostar and took the following images of the Famous Bridge here.

The History of this bridge and its story both during the savage war in Bosnia, then after it is one of the most amazing in the modern history of the country.

The new Bridge of Mostar is located in the centre of Old City of Mostar. It was built in 1566. This arch construction connects the left and the right side of the Neretva River. Arch is 28.7 wide and 21m high compared with summer level of the river. From the highest amplitude in July every year jumps are held.

Mostar was named after the wooden bridge (mostari – bridge keepers) which was on that place before it was rebuilt in 1520 into stone one. Bridge survived Ottoman period, Austro-Hungarian era, World War II, and in the war 1992 – 1995 Mostar was badly damaged and the Old Bridge of Mostar was entirely destroyed.

The Old Bridge was reconstructed and totally renovated in 2004. Materials used for renovation are stones from the original one pulled out from the river.

The Old Bridge of Mostar is inscribed on World Heritage List by UNESCO in 2005. Arrival on the Old Bridge will offer memorable view of river Neretva and surrounding antiquities.

Mostar and its Bridge are marked with a brutality of war and bad history, but it is a true testament to the courage and persistence of inhabitants of this city.According to UNESCO, “The Old Bridge area, with its pre-Ottoman, eastern Ottoman, Mediterranean and western European architectural features, is an outstanding example of a multicultural urban settlement. The reconstructed Old Bridge and Old City of Mostar is a symbol of reconciliation, international co-operation and of the coexistence of diverse cultural, ethnic and religious communities.” (http://whc.unesco.org/en/list/946) 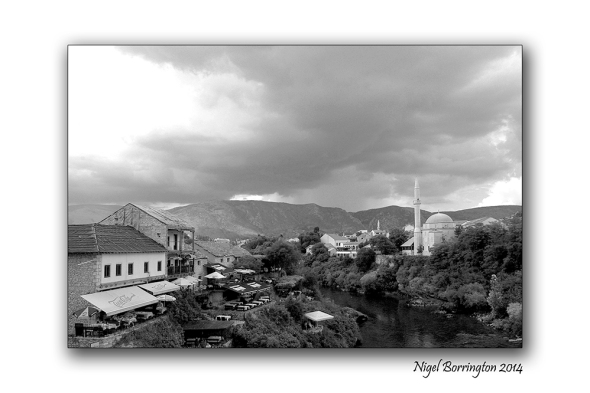