Back in 2002 I was back home in Manchester and visited the Lowry art museum and gallery at the Salford Quays, Manchester. This exhibition has stayed in my memory ever since so I thought I would share a post about the display of work I attended that day.

During a two year period (1889 and 1990), Samuel Coulthurst and his brother-in-law James Higson both members of the Lancashire and Cheshire photography union, dressed as what was known then as rag and bone men.

They carried their camera on the back of a cart they used and took many photographs of the people they met and got to know. Many of these photographs have been archived along with details of who these people were and what they did.

They were not simply doing a street walk about with a camera but spent time both living the lives and getting to know the people of Salford.

Many for the street children that the two photographed would have attended the Charter Street Ragged School, they had either lost parents to industrial accidents or to famine or disease. In the grounds of this church owned school is a grave yard that contains 6000 such parents. The city of Manchester has many such locations from this period.

It was in such conditions that these two photographers lived and worked taking pictures that made history. Without them most people would have forgotten in part at least, the kind of live’s that the 19th century people of Manchester lived including my Own Ancestors.

The exhibition is repeated by the Lowry Gallery so if you are in Manchester and into history/photography then maybe you could call in. 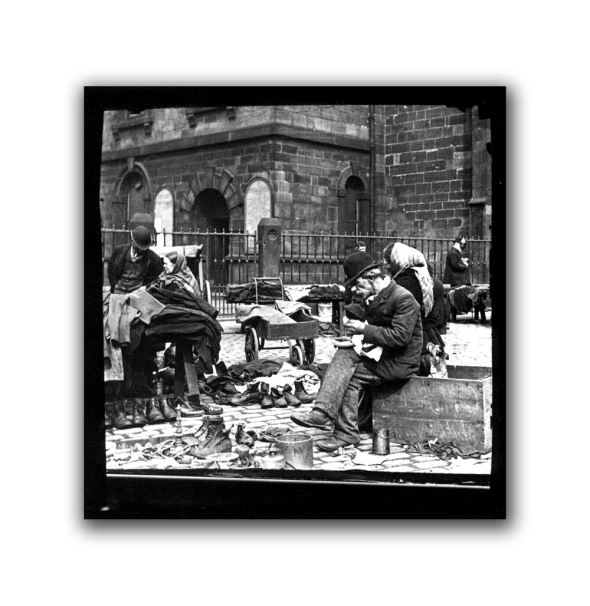 This entry was posted on March 11, 2013 by nigel borrington. It was filed under photography review and was tagged with Art History, History, manchester, Nigel Borrington, Photography, Photography history, rag and bone men, Samual Coulthurst, Street photography.