One must have a mind of winter
To regard the frost and the boughs
Of the pine-trees crusted with snow;

And have been cold a long time
To behold the junipers shagged with ice,
The spruces rough in the distant glitter

Which is the sound of the land
Full of the same wind
That is blowing in the same bare place
For the listener, who listens in the snow,
And, nothing himself, beholds
Nothing that is not there and the nothing that is.
The Snow Man
Wallace Stevens 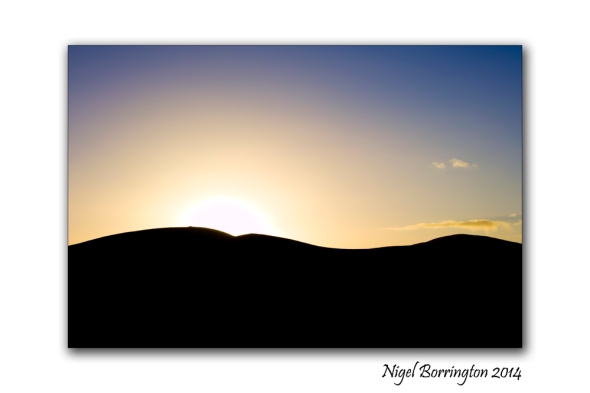 The Poem that Took the Place of a Mountain

There it was, word for word,
The poem that took the place of a mountain.

He breathed its oxygen,
Even when the book lay turned in the dust of his table.

It reminded him how he had needed
A place to go to in his own direction,

How he had recomposed the pines,
Shifted the rocks and picked his way among clouds,

For the outlook that would be right,
Where he would be complete in an unexplained completion:

The exact rock where his inexactnesses
Would discover, at last, the view toward which they had edged,

Where he could lie and, gazing down at the sea,
Recognize his unique and solitary home.

The Sally Gap, county Wicklow , and a poem by Wallace Stevens

“It is hard to hear the north wind again,
And to watch the treetops, as they sway.

Saying and saying, the way things say
On the level of that which is not yet knowledge:

A revelation not yet intended.
It is like a critic of God, the world

And human nature, pensively seated
On the waste throne of his own wilderness.

Thirteen Ways of Looking at a Blackbird, By : Wallace Stevens 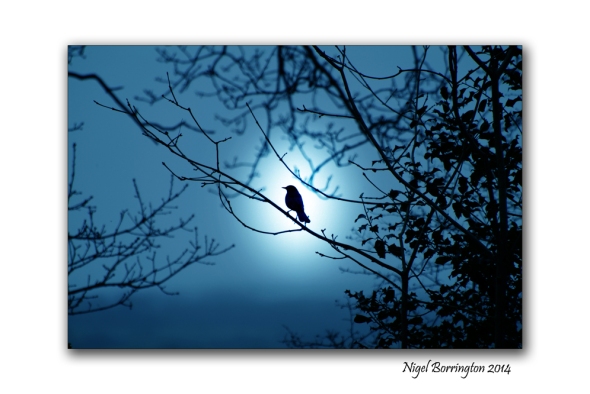 Blackbird in the light of the Moon
Nature Photography : Nigel Borrington

Thirteen Ways of Looking at a Blackbird

I
Among twenty snowy mountains,
The only moving thing
Was the eye of the blackbird.

II
I was of three minds,
Like a tree
In which there are three blackbirds.

III
The blackbird whirled in the autumn winds.
It was a small part of the pantomime.

VI
Icicles filled the long window
With barbaric glass.
The shadow of the blackbird
Crossed it, to and fro.
The mood
Traced in the shadow
An indecipherable cause.

VII
O thin men of Haddam,
Why do you imagine golden birds?
Do you not see how the blackbird
Walks around the feet
Of the women about you?

VIII
I know noble accents
And lucid, inescapable rhythms;
But I know, too,
That the blackbird is involved
In what I know.

IX
When the blackbird flew out of sight,
It marked the edge
Of one of many circles.

X
At the sight of blackbirds
Flying in a green light,
Even the bawds of euphony
Would cry out sharply.

XI
He rode over Connecticut
In a glass coach.
Once, a fear pierced him,
In that he mistook
The shadow of his equipage
For blackbirds.

XII
The river is moving.
The blackbird must be flying.

XIII
It was evening all afternoon.
It was snowing
And it was going to snow.
The blackbird sat
In the cedar-limbs.