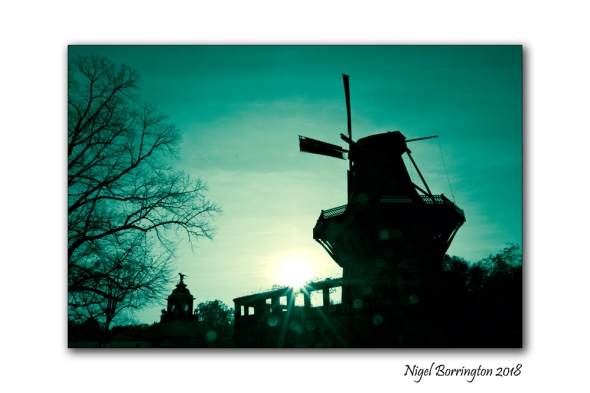 The windmill at Sanssouci, Potsdam is simply one of the best restored windmills in Germany, Potsdam was the home of the Prussian royal family and as such this windmill like many of the buildings located in and around the city are nothing other than the best of examples in German, even the world, architecture.

History of the Wind Mill

In 1736 the soldier king, Frederick William I of Prussia, gave permission for the construction of a windmill, which was started in 1737. This first windmill, completed in 1738, was a post mill, whose entire superstructure, supported on a wooden post, was turned “into the wind” depending on the wind direction. The first mill and actual Historic Mill was thus older than the nearby summer palace, built in the years 1745 to 1747 for Frederick the Great.

The legend of the Miller of Sanssouci

The legend of the Miller of Sanssouci first appeared in 1787 in a French book about the life of Frederick the Great (Vie de Frédéric II by an anonymous author) and in a watered-down form one year later in Germany.

The legend goes that Frederick the Great was being disturbed by the clatter of the mill sails and offered to buy the mill from its miller, Johann William Grävenitz. When he refused, the king is supposed to have threatened: “Does he not know that I can take the mill away from him by virtue of my royal power without paying one groschen for it?” Whereupon the miller is supposed to have replied: “Of course, your majesty, your majesty could easily do that, if – begging your pardon – it were not for the Supreme Court in Berlin.”
The mill in June 2009

This is only a legend. According to Frederick the Great the mill underscored the rural character of his summer palace and said “that, … the mill is an ornament for the palace.” The miller was reportedly a difficult man, who cheated the local farmers over their flour and constantly pestered the king with petitions. At least one of these petitions was heard by Frederick II. Grävenitz pointed to the fact that, as a result of the construction of the palace, the post mill no longer stood in the open, but was partly shielded from the wind. So he demanded that the king let him build the mill in another site and to pay him for it. Frederick II acceded to this, with the result that, shortly thereafter, the wily Grävenitz was the proud possessor of two mills thanks to the king’s grace, until he eventually resold the old mill.
View from the Erlöser Church 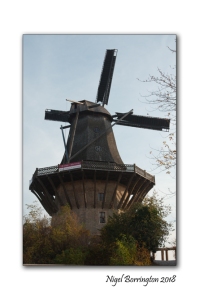 In 1768 there was a legal dispute at another location over water rights and the remaining lease between Christian Arnold, the tenant of a mill in Pommerzig in the Neumark, and his landlord, the Count of Schmettau. After the miller was found guilty on two accounts, he appealed to Frederick the Great, who intervened in the ongoing proceedings in favour of the miller. Wrongly, as it turned out later. The king referred the case to the Berlin Court of Appeal, who once again ruled against the miller. Frederick the Great, then demanded a condemnation of the judges and their imprisonment in Spandau Citadel for their unjust judgments and thus precipitated an abuse of his name.

This legal battle and the story of the Sanssouci miller were woven together in the legend and were intended to emphasize the king’s justice towards all his subjects. After the death of Frederick the Great, the case was reopened. His nephew and successor, Frederick William II decided in a compromise that “… the Miller Arnold case … should be viewed as the consequence of a mistake, whereby the praiseworthy judicial zeal of our royal uncle, who rests in God, was misled by incomplete, inadequate reporting of the true situation by badly informed and preoccupied [biased] people.”

In the years that followed there continued to be disputes between the reigning kings and the millers for different reasons.