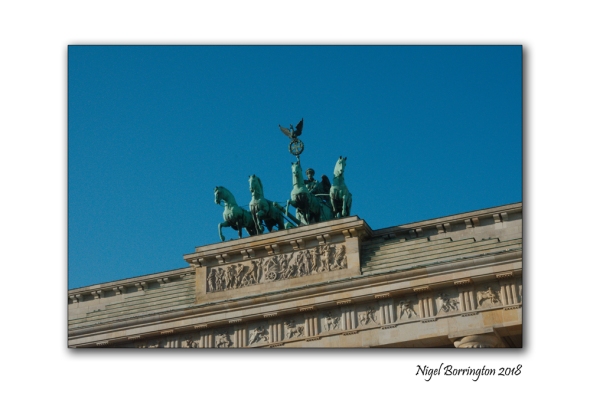 The Brandenburg Gate is a military monument that has come to symbolize peace and unity. Here are a few facts about the iconic monument that you probably won’t know.

It’s one of the most iconic scenes of recent German history: Hundreds of thousands of people celebrating before the Brandenburg Gate as the Berlin Wall fell on November 9th 1989.
The Gate has now come to represent German unity and freedom since the end of the Cold War and divided country. 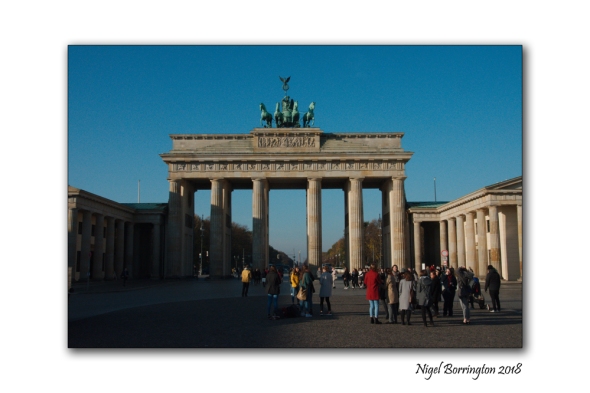 Not only is it “a symbol of the German-German divide”, but it also “stands for the reunification” of East and West Germany in 1990. Despite being heavily damaged in the Second World War, the Gate has withstood the test of time.

Today, people from all over the world link the Brandenburg Gate with freedom, tolerance and cosmopolitanism

But there is far more to the famous landmark than initially meets the eye.

Here are a few facts that you probably didn’t know about the Brandenburg Gate.

1. August 6th 1791 – that’s when the Gate was opened, after having been commissioned by Friedrich Wilhelm II. The Gate was erected not as a political symbol, but instead for a rather more simple reason – to mark the end of the boulevard Unter den Linden.

2. The Propylaeum of Athens’ Acropolis – that’s what the gate was modelled on.

3. 1806 – that’s when the Quadriga (the sculpture of the horse-drawn chariot on the top of the Gate) was stolen by Napoleon’s soldiers and taken back to France as a victory trophy. But after Napoleon was defeated, the Quadriga was returned to Berlin.

4. January 30th 1933 – that’s when the Nazis held a torchlit procession through the Gate to celebrate Hitler’s seizure of power.

5. 1945 until 1957 – that’s when the Soviet flag was flown on the top of the Gate. However, the flag was ripped down during the peaceful protests on June 17th 1953, when demonstrators protested against the political and economic conditions in the GDR.

6. June 12th 1987 – that’s when the then-US President Ronald Reagan made his rousing speech before the Gate, exclaiming, “As long as this gate is closed […] it is not the German question alone that remains open, but the question of freedom for all mankind […] Mr. Gorbachev, open this gate! Mr. Gorbachev, tear down this wall!”.

7. December 1989 – that’s when the Gate was opened as a border crossing by West German Chancellor Helmut Kohl and East German Premier Hans Modrow.

8. 2000 until 2002 – that’s when the Gate was renovated by Berlin’s Foundation for the Protection of Monuments, costing a massive 6 million Euros.

9. 4000 – that’s the number of counter-demonstrators who gathered to prevent 300 supporters of the anti-Islam group Pegida from marching from the city hall to the Gate on January 5th 2015. In addition, all the lights at the Gate were switched off.

10. 26 metres – that’s the height of the the Gate, which is made up of six Doric columns on either side, supporting a transverse beam 11 metres deep. There are five walkways through the gate.

11. 130,000 – that’s the number of people who gathered at the Gate following the attacks on an Orlando gay club last year. The Gate was lit up in rainbow colours to commemorate the 49 victims.

12. The luxury Adlon Hotel, the French and the US embassies – those are the buildings which surround the Gate, in its prime location at Pariser Platz, otherwise known as Berlin’s “gute Stube” (“best room”).

13. The Märkisches Museum in Berlin – that’s where you can see the horse’s head from the Quadriga sculpture.

14. About a million – that’s the number of people who flock to the Gate every year for its famous New Year’s Eve party, complete with music and fireworks.