The Hand of Glory: The Nurse’s Story : Richard Harris Barham 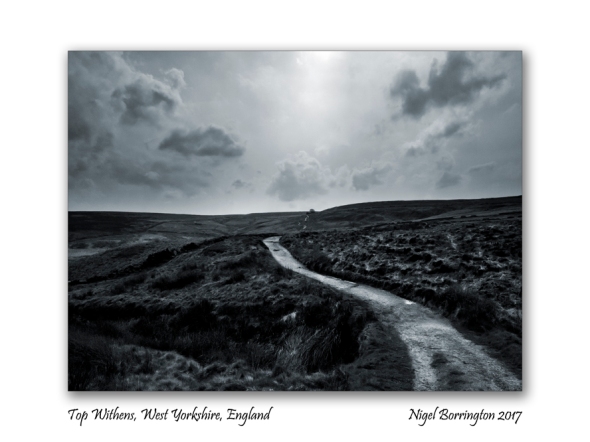 The Hand of Glory: The Nurse’s Story
Richard Harris Barham

On the lone bleak moor,
At the midnight hour,
Beneath the Gallows Tree,
Hand in hand
The Murderers stand
By one, by two, by three!
And the Moon that night
With a grey, cold light
Each baleful object tips;
One half of her form
Is seen through the storm,
The other half ‘s hid in Eclipse!
And the cold Wind howls,
And the Thunder growls,
And the Lightning is broad and bright;
And altogether
It ‘s very bad weather,
And an unpleasant sort of a night!
‘Now mount who list,
And close by the wrist
Sever me quickly the Dead Man’s fist!—
Now climb who dare
Where he swings in air,
And pluck me five locks of the Dead Man’s hair!’

There ‘s an old woman dwells upon Tappington Moor,
She hath years on her back at the least fourscore,
And some people fancy a great many more;
Her nose it is hook’d,
Her back it is crook’d,
Her eyes blear and red:
On the top of her head
Is a mutch, and on that
A shocking bad hat,
Extinguisher-shaped, the brim narrow and flat!
Then,— My Gracious!— her beard!— it would sadly perplex
A spectator at first to distinguish her sex;
Nor, I’ll venture to say, without scrutiny could be
Pronounce her, off-handed, a Punch or a Judy.
Did you see her, in short, that mud-hovel within,
With her knees to her nose, and her nose to her chin,
Leering up with that queer, indescribable grin,
You’d lift up your hands in amazement, and cry,
‘— Well!— I never did see such a regular Guy!’ 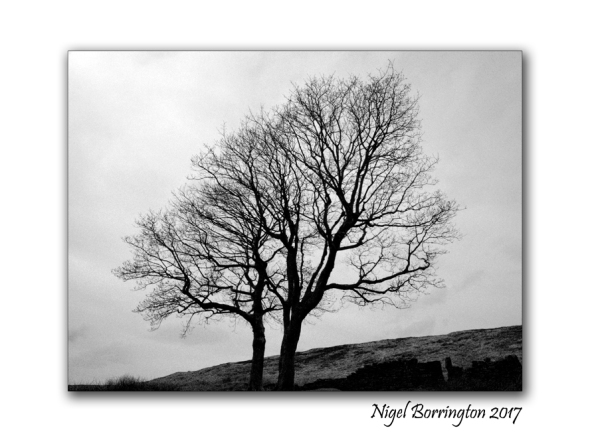 And now before
That old Woman’s door,
Where nought that ‘s good may be,
Hand in hand
The Murderers stand
By one, by two, by three!

Oh! ‘tis a horrible sight to view,
In that horrible hovel, that horrible crew,
By the pale blue glare of that flickering flame,
Doing the deed that hath never a name!
‘Tis awful to hear
Those words of fear!
The prayer mutter’d backwards, and said with a sneer!
(Matthew Hopkins himself has assured us that when
A witch says her prayers, she begins with ‘Amen.’) —
—’ Tis awful to see
On that Old Woman’s knee
The dead, shrivell’d hand, as she clasps it with glee!—

And now, with care,
The five locks of hair
From the skull of the Gentleman dangling up there,
With the grease and the fat
Of a black Tom Cat
She hastens to mix,
And to twist into wicks,
And one on the thumb, and each finger to fix.—
(For another receipt the same charm to prepare,
Consult Mr Ainsworth and Petit Albert.)

‘Now open lock
To the Dead Man’s knock!
Fly bolt, and bar, and band!
— Nor move, nor swerve
Joint, muscle, or nerve,
At the spell of the Dead Man’s hand!
Sleep all who sleep!— Wake all who wake!—
But be as the Dead for the Dead Man’s sake!!’

All is silent! all is still,
Save the ceaseless moan of the bubbling rill
As it wells from the bosom of Tappington Hill.
And in Tappington Hall
Great and Small,
Gentle and Simple, Squire and Groom,
Each one hath sought his separate room,
And sleep her dark mantle hath o’er them cast,
For the midnight hour hath long been past!

All is darksome in earth and sky,
Save, from yon casement, narrow and high,
A quivering beam
On the tiny stream
Plays, like some taper’s fitful gleam
By one that is watching wearily.

Within that casement, narrow and high,
In his secret lair, where none may spy,
Sits one whose brow is wrinkled with care,
And the thin grey locks of his failing hair
Have left his little bald pate all bare;
For his full-bottom’d wig
Hangs, bushy and big,
On the top of his old-fashion’d, high-back’d chair.
Unbraced are his clothes,
Ungarter’d his hose,
His gown is bedizen’d with tulip and rose,
Flowers of remarkable size and hue,
Flowers such as Eden never knew;
— And there, by many a sparkling heap
Of the good red gold,
The tale is told
What powerful spell avails to keep
That careworn man from his needful sleep!

Haply, he deems no eye can see
As he gloats on his treasure greedily,—
The shining store
Of glittering ore,
The fair Rose-Noble, the bright Moidore,
And the broad Double-Joe from beyond the sea,—
But there’s one that watches as well as he;
For, wakeful and sly,
In a closet hard by
On his truckle bed lieth a little Foot-page,
A boy who ‘s uncommonly sharp of his age,
Like young Master Horner,
Who erst in a corner
Sat eating a Christmas pie:
And, while that Old Gentleman’s counting his hoards,
Little Hugh peeps through a crack in the boards!

There ‘s a voice in the air,
There ‘s a step on the stair,
The old man starts in his cane-back’d chair;
At the first faint sound
He gazes around,
And holds up his dip of sixteen to the pound.
Then half arose
From beside his toes
His little pug-dog with his little pug nose,
But, ere he can vent one inquisitive sniff,
That little pug-dog stands stark and stiff,
For low, yet clear,
Now fall on the ear,
— Where once pronounced for ever they dwell,—
The unholy words of the Dead Man’s spell!
‘Open lock
To the Dead Man’s knock!
Fly bolt, and bar, and band!—
Nor move, nor swerve,
Joint, muscle, or nerve,
At the spell of the Dead Man’s hand!
Sleep all who sleep!— Wake all who wake!—
But be as the Dead for the Dead Man’s sake!‘Now lock, nor bolt, nor bar avails,
Nor stout oak panel thick-studded with nails.
Heavy and harsh the hinges creak,
Though they had been oil’d in the course of the week,
The door opens wide as wide may be,
And there they stand,
That murderous band,
Lit by the light of the GLORIOUS HAND,
By one!— by two!— by three!

They have pass’d through the porch, they have pass’d through the hall,
Where the Porter sat snoring against the wall;
The very snore froze,
In his very snub nose,
You’d have verily deem’d he had snored his last
When the Glorious HAND by the side of him pass’d!
E’en the little wee mouse, as it ran o’er the mat
At the top of its speed to escape from the cat,
Though half dead with affright,
Paused in its flight;
And the cat that was chasing that little wee thing
Lay crouch’d as a statue in act to spring!
And now they are there,
On the head of the stair,
And the long crooked whittle is gleaming and bare,
— I really don’t think any money would bribe
Me the horrible scene that ensued to describe,
Or the wild, wild glare
Of that old man’s eye,
His dumb despair,
And deep agony.
The kid from the pen, and the lamb from the fold,
Unmoved may the blade of the butcher behold;
They dream not — ah, happier they!— that the knife,
Though uplifted, can menace their innocent life;
It falls;— the frail thread of their being is riven,
They dread not, suspect not, the blow till ‘tis given.—
But, oh! what a thing ‘tis to see and to know
That the bare knife is raised in the hand of the foe,
Without hope to repel, or to ward off the blow!—
— Enough!— let ‘s pass over as fast as we can
The fate of that grey, that unhappy old man!

But fancy poor Hugh,
Aghast at the view,
Powerless alike to speak or to do!
In vain doth be try
To open the eye
That is shut, or close that which is clapt to the chink,
Though he’d give all the world to be able to wink!—
No!— for all that this world can give or refuse,
I would not be now in that little boy’s shoes,
Or indeed any garment at all that is Hugh’s!
—’ Tis lucky for him that the chink in the wall
He has peep’d through so long, is so narrow and small.

Wailing voices, sounds of woe
Such as follow departing friends,
That fatal night round Tappington go,
Its long-drawn roofs and its gable ends:
Ethereal Spirits, gentle and good,
Aye weep and lament o’er a deed of blood. 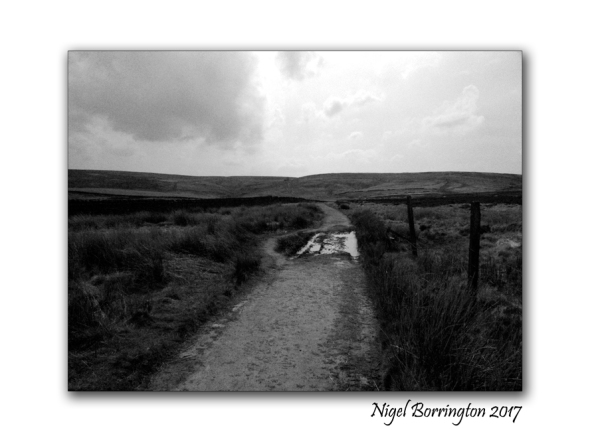 ‘Tis early dawn — the morn is grey,
And the clouds and the tempest have pass’d away,
And all things betoken a very fine day;

But, while the lark her carol is singing,
Shrieks and screams are through Tappington ringing!
Upstarting all,
Great and small
Each one who ‘s found within Tappington Hall,
Gentle and Simple, Squire or Groom,
All seek at once that old Gentleman’s room;
And there, on the floor,
Drench’d in its gore,
A ghastly corpse lies exposed to the view,
Carotid and jugular both cut through!
And there, by its side,
‘Mid the crimson tide,
Kneels a little Foot-page of tenderest years;
Adown his pale cheek the fast-falling tears
Are coursing each other round and big,
And he ‘s staunching the blood with a full-bottom’d wig!
Alas! and alack for his staunching!—‘tis plain,
As anatomists tell us, that never again
Shall life revisit the foully slain,
When once they’ve been cut through the jugular vein.

There’s a hue and a cry through the County of Kent,
And in chase of the cut-throats a Constable’s sent,
But no one can tell the man which way they went:
There’s a little Foot-page with that Constable goes,
And a little pug-dog with a little pug nose.

In Rochester town,
At the sign of the Crown,
Three shabby-genteel men are just sitting down
To a fat stubble-goose, with potatoes done brown;
When a little Foot-page
Rushes in, in a rage,
Upsetting the apple-sauce, onions, and sage.
That little Foot-page takes the first by the throat,
And a little pug-dog takes the next by the coat,
And a Constable seizes the one more remote;
And fair rose-nobles and broad moidores,
The Waiter pulls out of their pockets by scores,
And the Boots and the Chambermaids run in and stare;
And the Constable says, with a dignified air,
‘You’re wanted, Gen’lemen, one and all,
For that ‘ere precious lark at Tappington Hall!’

There ‘a a black gibbet frowns upon Tappington Moor,
Where a former black gibbet has frown’d before:
It is as black as black may be,
And murderers there
Are dangling in air,
By one!— by two!— by three!

There ‘s a horrid old hag in a steeple-crown’d hat,
Round her neck they have tied to a hempen cravat
A Dead Man’s hand, and a dead Tom Cat!
They have tied up her thumbs, they have tied up her toes,
They have tied up her eyes, they have tied up her limbs!
Into Tappington mill-dam souse she goes,
With a whoop and a halloo!—‘She swims!— She swims!’
They have dragg’d her to land,
And every one’s hand
Is grasping a faggot, a billet, or brand,
When a queer-looking horseman, drest all in black,
Snatches up that old harridan just like a sack
To the crupper behind him, puts spurs to his hack,
Makes a dash through the crowd, and is off in a crack!
No one can tell,
Though they guess pretty well,
Which way that grim rider and old woman go,
For all see he ‘s a sort of infernal Ducrow;
And she scream’d so, and cried,
We may fairly decide
That the old woman did not much relish her ride!