Borris house In county Carlow, is one of Ireland most historic homes as are the Mcmorrough Kavanaghs family who currently still own this wonderful country Estate.

I have visited here many times and was lucky enough to be given a full tour of the grounds and the inside of the house by the owner, while preparing to shoot my first wedding day in the grounds back in 2009.

The images in this post where taken on a somewhat overcast morning in the spring time, I think the softlight added to the atmosphere in and around the grounds.

The ancestral home of the Mcmorrough Kavanaghs, High Kings of Leinster, Borris is one of the few Irish estates that can trace its history back to the royal families of ancient Ireland. Set in over six hundred and fifty acres of walled private park and woodlands, Borris House retains its place as the centrepiece of the locality.

Originally an important castle guarding the River Barrow, Borris House was rebuilt in 1731 and late altered by the architectural dynastic family, The Morrisons, chiefly Richard and William. Externally, they clothed the 18th c house in a thin Tudor Gothic disguise, adding a crenellated arcaded porch on the entrance and decorating the windows with rectangular and ogival hood-moulds.

No family in Ireland can point to a more ancient pedigree than the Kavanaghs. They can trace it back to the dawn of Irish history. Tradition, indeed, carries it far beyond that limit – to the legendary Feniusa of Scythia, coeval with the Tower of Babel, whose descendants, having wandered into Egypt, found their way back again to Scthia, and thence to Spain, from which country Heber and Heremon, the 2 sons of Gallamhy or Milesius, crossed over to Ireland, reduced it to subjection and divided it between them. From them sprang lines of Kings ruling over the 5 monarchies into which the island was split up. 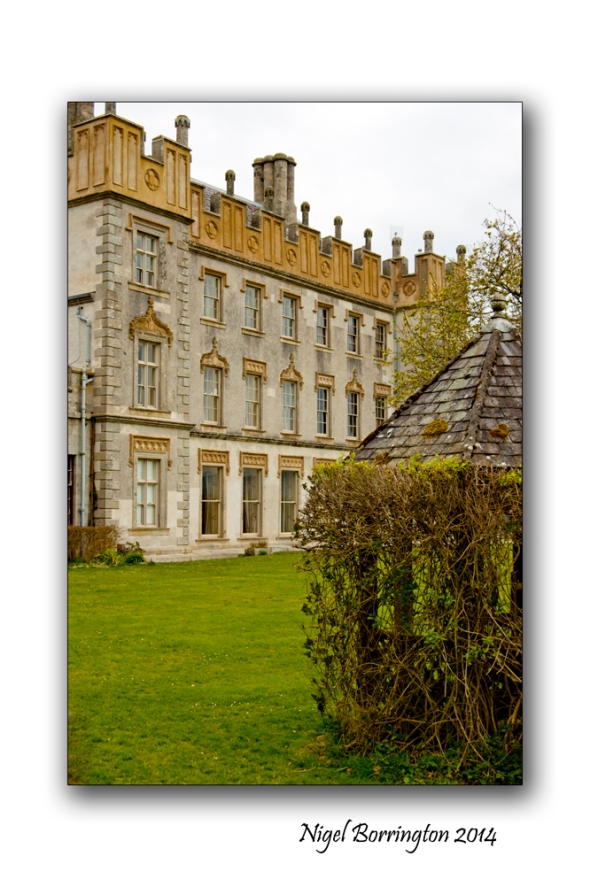