Birds in Irish Folklore, The Robin 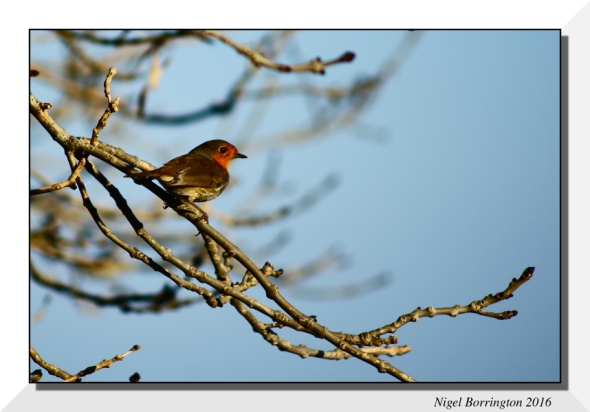 The end of November and you would think that all the wildlife has vanished from the landscape , however you only need to take an early morning walk to realize that there are lots of wild creatures still around.

This morning on a walk through the hills near Kilmoganny, county Kilkenny, I was accompanied by this little Robin who hopped from tree to tree in front of me 🙂

Here is a little folklore about the Robin from an Irish point of view …….

If the soul and symbol of the old sun and the Oak King was the Wren, the Robin represented the new sun. The wren was said to hide in the Ivy, the Robin in the Holly. The Pagan Neolithic Festival of the birth of the new sun, symbolized by the Robin, was at the Winter Solstice (21st December). The Robin (the new sun) killed his father the Wren (the old sun) and that is how he got his red breast, ie, from the blood of his father. A Robin coming into a house was supposed to be a sign that someone was going to die there in the near future. Despite this association with death, the Robin was praised for being the only bird capable of singing all the notes of the musical scale. And furthermore, the Robin can sing for half an hour without repeating the melody, unlike the other birds. 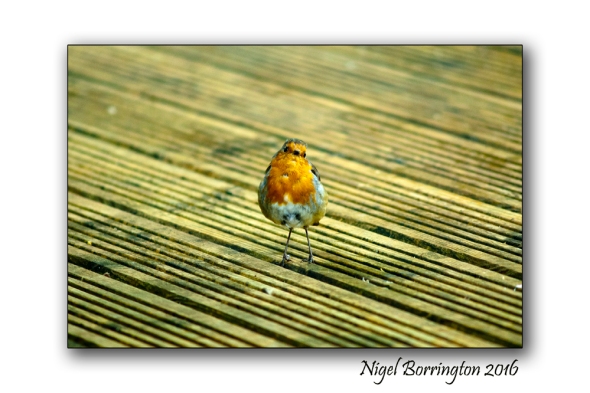 Throughout the last few weeks, when ever I sit outside in the our garden, I am often accompanied by this little Robin, always brave and very forward he gets lots of leftovers from the meals and snacks I take outside.

So I thought today I would share him with on my blog , I am sure if he could do so he would get his own WordPress pages, I bet his post would be amazing 🙂 🙂 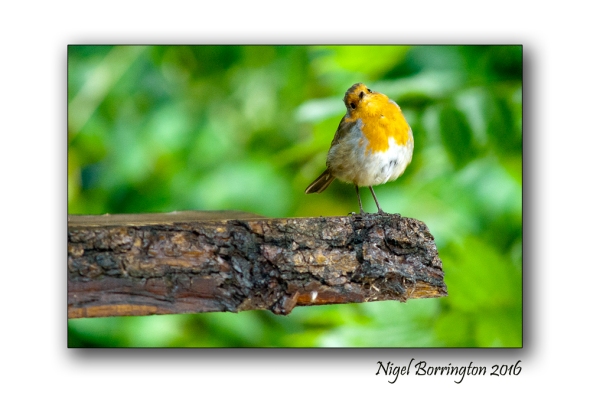 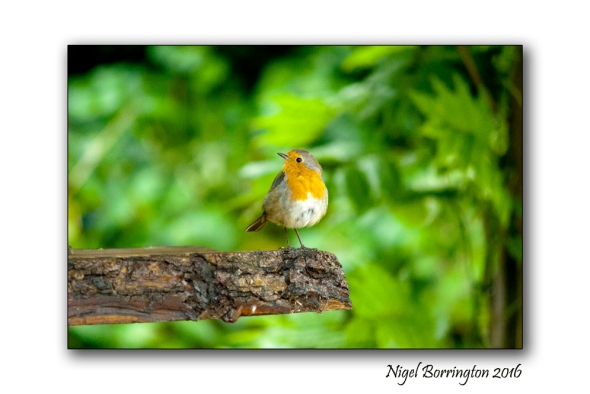 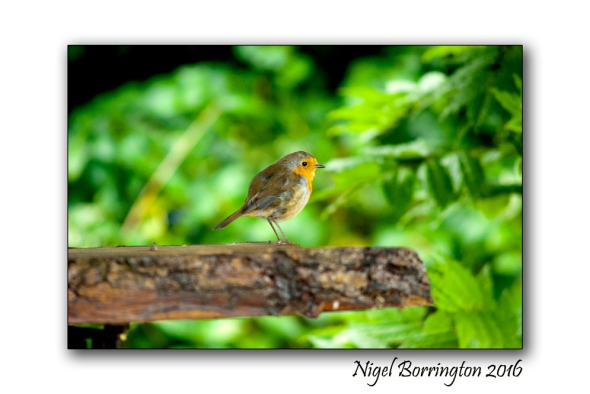