The Rime of the Ancient Mariner. A poem by: Samuel Taylor Coleridge

The Rime of the Ancient Mariner
Image : Nigel Borrington

From “The Rime of the Ancient Mariner”
Samuel Taylor Coleridge

The “Rime“ is one of the greatest pieces of Romantic literature. And the section of this epic poem in which the dead sailors get up and start sailing the boat again without seeing anything is as terrifying as anything in the horror genre.

The thick black cloud was cleft, and still
The Moon was at its side:
Like waters shot from some high crag,
The lightning fell with never a jag,
A river steep and wide.

The loud wind never reached the ship,
Yet now the ship moved on!
Beneath the lightning and the Moon
The dead men gave a groan.

They groaned, they stirred, they all uprose,
Nor spake, nor moved their eyes;
It had been strange, even in a dream,
To have seen those dead men rise.

The helmsman steered, the ship moved on;
Yet never a breeze up-blew;
The mariners all ‘gan work the ropes,
Where they were wont to do;
They raised their limbs like lifeless tools—
We were a ghastly crew.

The body of my brother’s son
Stood by me, knee to knee:
The body and I pulled at one rope,
But he said nought to me.

‘I fear thee, ancient Mariner!’
Be calm, thou Wedding-Guest!
‘Twas not those souls that fled in pain,
Which to their corses came again,
But a troop of spirits blest:
For when it dawned—they dropped their arms,
And clustered round the mast;
Sweet sounds rose slowly through their mouths,
And from their bodies passed.

Around, around, flew each sweet sound,
Then darted to the Sun;
Slowly the sounds came back again,
Now mixed, now one by one. 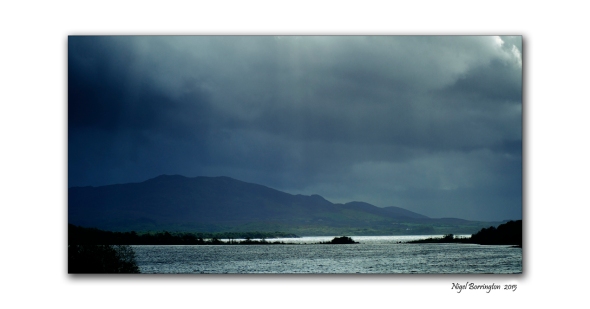 Sometimes a-dropping from the sky
I heard the sky-lark sing;
Sometimes all little birds that are,
How they seemed to fill the sea and air
With their sweet jargoning!
And now ’twas like all instruments,
Now like a lonely flute;
And now it is an angel’s song,
That makes the heavens be mute.

It ceased; yet still the sails made on
A pleasant noise till noon,
A noise like of a hidden brook
In the leafy month of June,
That to the sleeping woods all night
Singeth a quiet tune.

Till noon we quietly sailed on,
Yet never a breeze did breathe:
Slowly and smoothly went the ship,
Moved onward from beneath.

Under the keel nine fathom deep,
From the land of mist and snow,
The spirit slid: and it was he
That made the ship to go.

Then like a pawing horse let go,
She made a sudden bound:
It flung the blood into my head,
And I fell down in a swound.